Moon Knight will not be set in the Current MCU! Producer makes Shocking Revelation 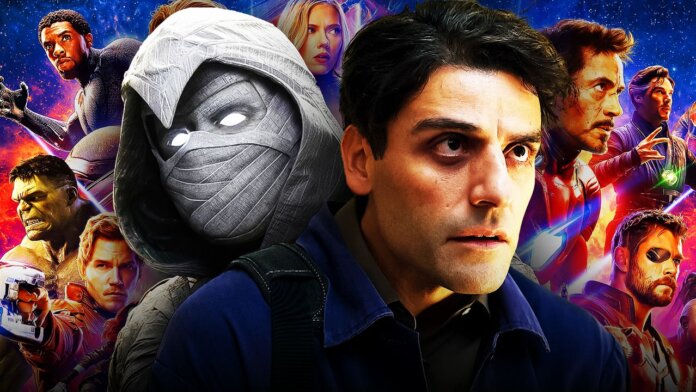 Marvel’s upcoming Disney+ series Moon Knight is set to release in about 2 weeks’ time on 30th March and the hype about it on the internet is insane. It is the first time that fans will see such a psychologically complex character in the Marvel Cinematic Universe and they are fully pumped up to witness the origin story of Marvel’s infamous Masked Vigilante. However, the executive Producer has now made a big revelation about the upcoming series and it might break a few hearts.

In a recent Disney Press Release, Moon Knight’s executive producer Grant Curtis dropped a bombshell. While talking about the character and the upcoming series, Curtis hinted that Moon Knight will have no connection whatsoever to the current MCU as we know it and that it will be a solo series.

Talking about the complex character of Marc Spector a.k.a Moon Knight, the executive producer said that they want to show the character’s growth from the beginning to the end gradually just like they did for Tony Stark’s Iron Man. Thus, Marvel wants to make a new hero from ground zero.

Is Moon Knight set in the MCU?

Although many might think that Curtis Grant is suggesting that Moon Knight is not set in the MCU, I personally think that he means something else. The executive producer wants to say that the series will not have any reference to the events that have been going on the rest of the MCU, like the blip or the death of Tiamut – Earth’s celestial.

Going forward, Moon Knight will be one of Marvel’s important characters in Phase 4 and there is no reason why they would keep such a powerful character separated from the MCU. A number of upcoming MCU characters like the Black Knight and Blade are rumoured to team up together with Moon Knight and thus there is still no doubt in the fact that Moon Knight is set in the MCU.

Also Read:- Doctor Strange in the Multiverse of Madness: All 7 members of the Illuminati Revealed