Doctor Strange vs Doctor Fate: Who is more powerful? 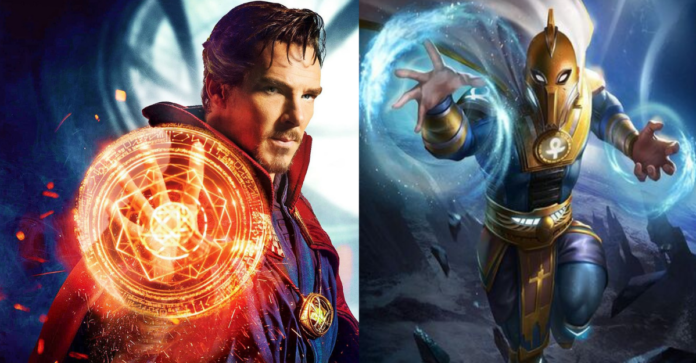 Marvel’s Doctor Strange and DC’s Doctor Fate are very similar to each other in many ways. Both of them are considered to be the strongest sorcerers (perhaps one of the most powerful beings) of their respective universes.

In this article, we thus answer a very frequently asked question. Who will win if the two Sorcerers were ever to face each other?

Let us first compare Doctor Strange and Doctor Fate based on several parameters before giving out the final verdict.

Although many DC fans argue that Marvel actually copied Doctor Fate to create their very own Doctor Strange, the two characters are very different to each other as far as their early lives are concerned.

Doctor Strange, as we know, was one of the Best Doctors in New York. He lost the ability to properly move his hands in a fatal car accident. He failed to cure his hands even after spending his life’s savings into medication and finally ended up at Kamartaj in Nepal’s Kathmandu in search of answers. There, the Ancient One taught him magic and he became so good that eventually, he became the Sorcerer Supreme.

Doctor Fate, on the other hand, was the Lord of Order living in Egypt named Nabu and he was one of the mightiest sorcerers on Earth. He put his physical body into suspended animation and himself started residing within a magical helmet, a mystical amulet and his cloak. He uses humans as vessels or hosts and is thus never dead in a way.

During his stay at Kamartaj, Doctor Strange mastered almost all the kinds of Martial Arts and is thus more capable of winning in a hand to hand combat with any ordinary Human Being.

Unfortunately for him, Doctor Fate is no normal human being. Any host who wields Doctor Fate gets Superhuman powers that can be matched only by the DC’s mightiest Superheroes like Shazam and Superman.

Thus, Doctor Fate would obliterate Doctor Strange in a hand to hand combat.

Doctor Fate a.k.a Nabu has thousands of years worth of Experience and he knows a wide range of spells. Although Doctor Strange is not that experienced, he is equally capable in the field of magic as compared to Nabu, thanks to his Photographic Memory.

Both Doctor Strange and Doctor Fate are equally potent in the fields of Time Manipulation, Astral Projection, Teleportation, Necromancy and other magical subjects.

Advantages and Weaknesses of Doctor Strange

While both Doctor Strange and Doctor Fate are equally potent in the field of magic, Doctor Strange has a slight bit of advantage because of the various Mystical Artifacts that he has. The sling ring, Cloak of Levitation and Eye of Agamotto are all extremely powerful artefacts that Doctor Fate can find hard to deal with. Unlike Doctor Fate, his powers do not depend on any artefact though.

Moreover, Doctor Strange is habituated to dealing with beings that are stronger than him. Mephisto and Dormammu who are his frequent opponents in the Marvel comics are both stronger than him on paper. However, Strange always finds a way to defeat them.

However, Strange lacks in physicality and experience when it comes to Doctor Fate which will definitely tip the balance against him. Unlike

Advantages and Weaknesses of Doctor Fate

Doctor Fate is literally immortal as we mentioned earlier. Strange may have faced a lot of strong opponents but Doctor Fate is a whole new competition. He is a Lord of Order, a member of a group of beings who represent the balance of the Universe. His powers are thus nearly infinite.

However one of his major weaknesses is that he is ironically very intolerant to magic used against him. Although he usually dodges any magical spells used against him if Doctor Strange somehow manages to hit him with a spell, it’s game over.

Moreover, as Doctor Fate uses humans with vessels, Nabu’s mind and the human’s mind often do not agree upon a particular matter which is a huge disadvantage. Also, his powers depend on his helmet.

Doctor Strange vs Doctor Fate: Who will win?

After considering all the facts, it would be right to infer that Doctor Fate will probably defeat Doctor Strange if the two ever faced each other in a battle.

Doctor Fate is more powerful that Doctor Strange. He is physically stronger, has much more experience, is basically immortal and perhaps even a stronger being than Doctor Strange as his powers are infinite.

Although Doctor Strange is a fast learner and he can probably think of an idea to counter Doctor Fate, the battle would be over by then.