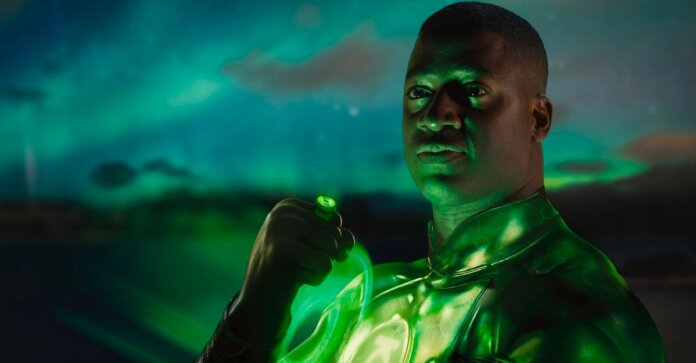 March 18th marked the one-year anniversary of Snyder’s Justice League cut being released on HBO Max. On the special occasion, actor Wayne T.Carr, DC’s Green Lantern, posted an HD image of his cameo in the Justice League which was later scrapped off from the movie in the final edit.

Zack Snyder had originally planned to bring in Green Lantern near the very end of the movie where he would warn Batman of an impending threat. However, he was later asked to remove the scene and it was thus replaced by Martian the Man Hunter. This was probably done by DC in order to not mess up with their future plans.

Snyder had posted a picture of Green Lantern after the release of the Snyder Cut irrespective of that to let fans know of his original plans to bring in the Green lantern but that one was a very low-quality image where Wayne T.Carr was not clearly visible.

However, the actor himself has now posted a high-definition picture of himself suited up as Green Lantern in what was supposed to be his scene in the Snyder’s Justice League cut.

In the event of the 1-year anniversary, T.Carr posted the image on his official Twitter handle with the caption: “Give the fans what they want- JL ⅔ #RestoreTheSnyderVerse”

Actor Ray Fisher who played the role of Cyborg in Justice League, retweeted the tweet with the same hashtag #RestoreTheSynderVerse.

As we all know, Zack Snyder is no longer the creative head of DCEU and it is thus being predicted that most of the SnyderVerse characters will be removed from the DCEU, perhaps in the upcoming Flashpoint movie. Many fans are against this idea and it is they who have started the #RestoreTheSnyderVerse trend.

The fact that Green Lantern actor Wayne T.Carr and Cyborg actor Ray Fisher are now using this hashtag implies that both of them have probably been removed from the DCEU once and for all which just confirms reports that the SnyderVerse will be totally wiped off. This includes characters like Batfleck and Henry Cavill’s Superman.

It is thus almost sure that we won’t be seeing Wayne T.Carr as the Green Lantern which makes his recently posted picture very rare.