Morbius Review: A Boring, Lacklustre and Unnecessary take on a Fan-favourite Marvel character 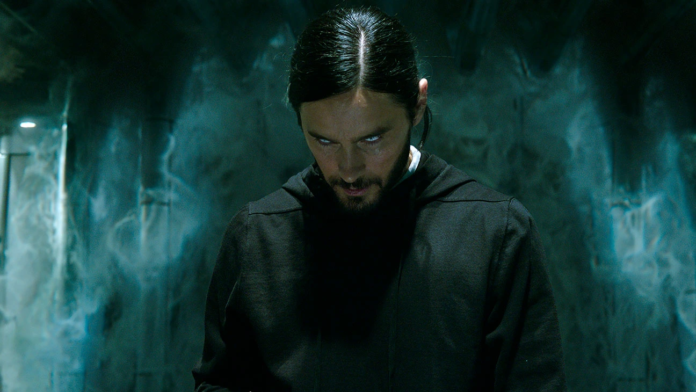 Sony’s Morbius has finally been released worldwide and we are sad to say that the early reviews that criticized Daniel Espinosa’s take on the origin story of the age-old Marvel character were all but right. Morbius is boring, dull and definitely not up to the mark and I wonder how Sony even approved the production of such a Superhero movie standing in 2022. The movie somehow feels both sluggish and rushed at the same time and has a major pacing problem despite its short 1 hour 40 minutes runtime. In this article, we shall be reviewing the movie Morbius in detail.

The movie starts with the scene that we saw in the trailer where Dr Michael Morbius travels to Costa Rica to get hold of some extremely dangerous bloodthirsty bats. The very next shot turns to a past memory of the character when he is reminded of his days in Special care where he met his friend Milo.

After showing his backstory, we get back to the current day when Dr Michael Morbius wins the Nobel prize for his work on Artificial blood and we get to see his research to find a cure for his disease using the DNA of bats. These sudden transitions into timelines happen often in the movie which makes it difficult to keep track of what’s going on and breaks the flow of the movie.

Dr Michael Morbius is trying to spice up the human DNA with that of Bats to find a cure for himself, Milo and several other people who suffer from the same problem thus he conducts the first Human trials on himself onboard a Cargo ship in international Waters as his research is completely illegal. However, he gets turned into a living vampire. It needs to be noted down that Morbius’ transformation was extremely sudden and thus the spectators could not connect with the character at all. It was like one moment he lay motionless on the bed and in the very next moment, he was this big, strong and powerful creature who could kill anyone he wanted.

And this is where the loopholes begin to arise. If Morbius was going to hide his true identity from the world and thus escaped the ship, why did he even return to his lab and started moving in plain sight soon after? Moreover, Lucian’s attempt to kill Morbius and Nicholas and the question that why did he leave Martine earlier on if he had to kill her anyways in the near future? The makers of the movie better clear up these doubts from the movie as fast as possible.

The horrible cinematography does not help in the poor flow and lacklustre script of Morbius and the shaky camera scenes unnecessarily heighten the excitement for every scene thus we are unable to demarcate which is the scene that needs our complete focus.

Jared Leto has done a great job in portraying the character of Morbius. His aesthetic suits perfectly the character including the long hair and dark hoodie. Although it is high time that we stop being mesmerized by actors and start holding them responsible for a movie’s failure as well, in Leto’s case he can not be held responsible at all because it was completely the fault of the script and the makers to mess up the movie.

The villain of Morbius, Lucian a.k.a Milo, is perhaps the biggest letdown in the movie. He just does not have that much gravity in his character which will pull us into the story and is basically a poorly written character. He is based on Marvel comics’ Hunger and is one of the worst villains we have seen in any Marvel movie in the last few years.

Last but not the least, we must talk about the controversial Vulture post-credit scene which has completely messed up the theory behind Dr Strange’s spell and fans are left wondering how did it cause Adrian Toomes to travel to another universe permanently. It is unknown whether Sony has given the full theory a nice thought if they haven’t they might have made things much more complicated for their universe. However, this is an aspect that we might see being solved in the Madame Webb movie.

Sony’s Morbius is overall a complete failure. It has failed to revamp the audience’s fate in Sony’s very own Marvel verse and is a poor take on yet another Sony-owned Marvel character. The only good that came from it was perhaps the re-establishment of the possible Sinister 6 lineup in the future which might lead to a third Andrew Garfield Spider-Man scene.