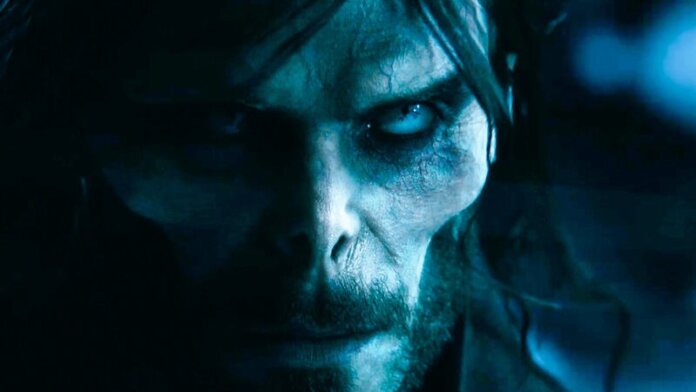 Morbius has finally been released worldwide and despite being widely criticized by Marvel fans from across the globe, we must pay attention to even the most minute details of the movie as it is going to be an important neutral ground for the future of Sony’s Marvel-verse. The success of Spider-Man: No Way Home has encouraged Sony Studios to bring back the web-slinging Superhero in their universe and although we do not which actor will be playing the role of Sony’s Spider-Man in future, we now know that they are trying to tease a possible Sinister 6 lineup in the future.

In this article, we shall thus be breaking down the full movie in detail and we shall also talk about hidden details and easter eggs (if any).

The research of Dr Michael Morbius

Dr Michael Morbius is a Nobel prize winning biochemist who suffers from a rare blood condition. Although the name of his blood condition has not been revealed throughout the movie, we can get an idea of its whereabouts from the research scene. Michael Morbius believes that anticoagulants in vampire bat saliva can cure his disease and thus he spices up human DNA with that of a bat. We also know that his blood needs to be transfused three times a day.

The famous Daily Bugle newspaper was seen throughout the movie for at least 3-4 shots. According to many, this is a clear indication that Peter Parker a.k.a Spider-Man who works for the Daily Bugle in the Marvel comics, is present in the same Universe as that of Morbius and we could see a possible faceoff in the future.

There were rumors that many of the money shots which were shown in the trailer, like the one in which Morbius walks past a Spider-Man graffiti and one in which they show an Oscorp building skyscraper. Well, these rumors turned out to be true and it has probably been done to keep the runtime as less as possible.

‘That Thing’ in San Francisco

Milo killed a number of Police officers in the Subway and upon finding the dead bodies, Agent Rodriguez (played by Al Madrigal) said that he hadn’t seen something as good since ‘that thing’ in San Fransisco. This clearly alludes to Venom. Morbius also scares off a guy by saying ‘I Am Venom’ later on in the movie which further suggests that two of them are placed in the same universe.

The Powers of Morbius

Morbius has gained Superhuman strength, agility and masculinity after being injected by the serum. His other powers include flying and echolocation. Director Espinosa has seemingly given the majority of his focus on the protagonist’s echolocation power.

Perhaps the best depiction of Echolocation

We have seen only Daredevil and Stick use Echolocation in the Marvel Cinematic Universe but in Morbius, we saw a person with full vision using Echolocation for the first time ever. It is hard to depict the power on-screen but we’ve got to say that the director has done a great job here. He has used different coloured CGI effects to portray the Morbius’ echolocation.

The real reason why Milo turns against Morbius

After Milo injects himself with the serum against Morbius’ will, he turns rogue and has absolutely no remorse about killing people for fun. When he tries to persuade Morbius into ‘facing his true self’, the two have a big fight and Morbius somehow flees from there by saving his own life. Morbius wants to make an antidote to revert both of them back to their original conditions but Milo loves the power he has and thus tries to kill Morbius.

Why does Milo kill Nicholas

It was evident that Milo had become completely corrupted with all the power that the Serum gave him and thus Milo killed Nicholas after a heated argument with him. However, this might also be included in the Loopholes as Milo had no particular reason to kill the guy who took care of him for so long.

Why did Milo not kill Martine beforehand

Milo had seen Martine alone in Morbius’ lab way before he actually killed her. He had asked her whether she knew about Morbius’ location which she denied to give. She was able to fool Lucian’s lie detector trick (which he did by using echolocation just like Daredevil). Yet, Milo could have killed her just there and be done with his mission and this is yet probably another loophole.

Why do the bats help Morbius and not Milo

In the last scene of the big encounter between Morbius and Milo, Morbius summons a huge army of bats and controls them to defeat his friend. However this might raise some eyebrows as both Morbius and Milo originate from the same serum and it is thus not sure why the bats helped only Morbius and not Milo.

Martine Bancroft is now a Living Vampire too

One of the saddest scenes of the movie saw Morbius’ girlfriend Martine Bancroft dying after an attack by Milo. Michael kisses her and he they they lose some blood while biting each other. As a result, they taste each other’s blood and Martine says ‘Make it count’ before dying. Michael then goes on to drink Martine’s blood before proceeding to indulge in a fight with Milo.

However, in the last scene, we saw that Martine Bancroft was not actually dead and she has instead turned into a Living vampire herself after consuming the blood of Michael which has the serum.

Why does Morbius not take the poison himself

Morbius initially prepares two vials of poison – one for Lucian and one for himself. However, after killing Lucian and finding out the true potential of his powers, he apparently has a change of mind and he has now decided not to go through the complexity and thus accept himself for what i did.

Undoubtedly the most controversial scene from the movie was the one where Dr Strange’s broken spell from Spider-Man: No Way Home also transferred Adrian Toomes from the MCU to Sony’s Universe. It completely messed up with all the theories that fans had made about Dr Strange’s spell and might have some adverse effects on both the MCU and the Sony verse.

The Post credit scene of Morbius showed Adrian Toomes in his Vulture suite but if you notice carefully, it is not the same as the one we saw in Spider-Man: Homecoming and upon being questioned about this, the director of the movie said ‘Adrian Toomes is a resourceful person’. However, we know that Toomes and his men exploited the remains of Chitauri tech in New York and made all their innovations around them. It is thus hard to believe that Toomes made a new suit all by himself without any Chitauri tech.

Sony has been teasing a possible formation of the Sinister 6 in the future for almost an eternity now but the post credit scene of Morbius actually gives us hope. The timing is perfect. Fans are crazily demanding for #MakeTASM3 and this might be Sony’s chance to bring back Andrew Garfield for his 3rd movie and in that movie, they might bring on a clash between him and the Sinister 6.