Charlie Cox reveals the future of Daredevil in the MCU 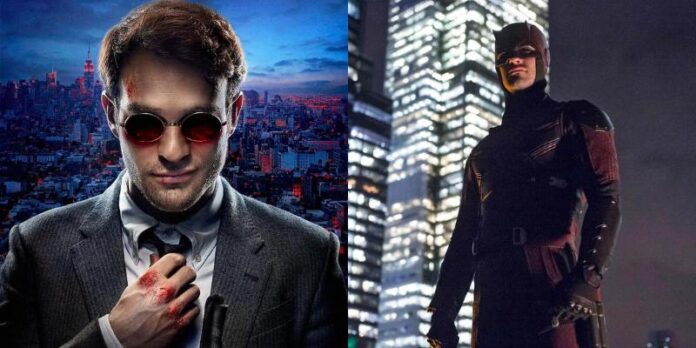 Ever since Charlie Cox’s appearance in MCU’s latest Magnum opus – “Spiderman: No Way Home” as Matt Murdock, a.k.a the Daredevil, fans have been eager to know the future of the character in the Marvel Cinematic Universe.

We witnessed the Masked blind vigilante protecting Hell’s Kitchen in Marvel’s DefendersVerse on Netflix and it was one of the first and (till date) the highest rated Marvel Web series in existence. We last saw Daredevil teaming up with Jessica Jones, The Punisher, Luke Cage and Iron Fist in the Defenders and then in Daredevil 3 in 2018.

Netflix canceled the fan-favorite show in 2018 right after that and left fans wondering about the future of Daredevil. They saw a glimpse of Matt Murdock as the lawyer of Peter Parker in No Way Home after 3 long years and they are now more excited than ever to know what Marvel has in plans for their ‘The Man without Fear’.

Daredevil was not the only DefendersVerse character to make his MCU debut recently. In Marvel’s latest Disney+ Hotstar show ‘Hawkeye’, we saw Wilson Fisk, a.k.a the Kingpin as the main antagonist.

The Kingpin has been a renowned foe of Spiderman, Hawkeye and Daredevil in Marvel comics and is one of the best known street-level villains in the Marvel Universe.

We saw Vincent D’Onofrio playing Wilson Fisk in Netflix’ Daredevil as the adversary of Matthew Murdock and according to reports, we can see the duo together soon in an upcoming MCU project.

Amid such rumors, on-screen Matt Murdock Charlie Cox has finally opened up about his cameo in No Way Home. He also talked about his possible future in the MCU and hinted that he might be involved with Marvel for the next 10 Years !.

In an interview with HeyUGuys, Cox said, “I think at this point, I expect to be involved in some capacity. Otherwise, it would be a bit of a weird one-scene moment. I don’t know much, I know a little, and what I do know I’m very excited about…there’s a chance it could be the next ten years of my life.”

In the Season Finale of Hawkeye, we saw Maya confronting Kingpin for having her father killed. The scene fades into oblivion before Maya can kill Kingpin and all we can hear is the gun sound.

According to Marvel comics, Kingpin persuades Maya into believing that Daredevil was the one who caused her father’s death. Maya shoots him and he temporarily loses his eyesight.

This might be a big trail hinting at an MCU comeback for both Kingpin and Daredevil. As we know by now, Disney+ is planning a new MCU series featuring Echo – Maya Lopez’s alter ego. It might show the confrontation between Daredevil, Maya and Kingpin. With Kevin Feighe having confirmed that Charlie Cox will continue as Daredevil in the MCU, it is a possibility.

Nothing has been made official by Marvel yet but it is definitely a theory worth being excited for for the Marvel fans.