“Not your typical Batman”: Robert Pattinson suggests his version of Bruce Wayne is Unique in a negative way 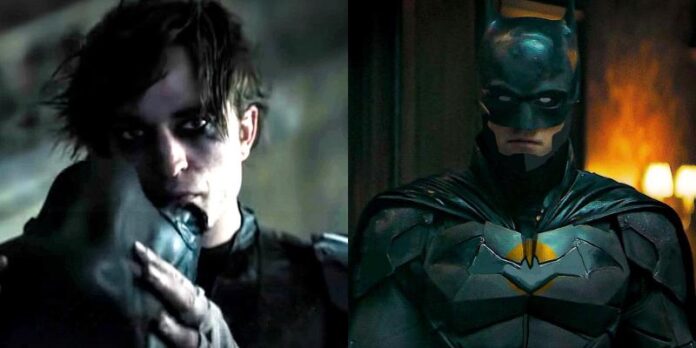 Batman is perhaps one of the most complex DC characters ever. Unlike the other Superhero protagonists, Batman is not stereotypically the Good Guy and over the years, people have tried defining him in their own ways. The DC cinematic Universe itself does not fixate on a particular side of Batman.

Over the years, many directors have had their fair share of experimenting with the character and they have portrayed their version of the Caped crusader. According to latest Batman starrer Robert Pattinson, Matt Reeves’ version of the masked vigilante will be completely different from what the fans have witnessed so far in any Batman movie.

Robert Pattinson has had his fair share of experience working with visionary directors like Christopher Nolan and thus when he praises Matt Reeves regarding his outlook for the character, we better listen.

The British actor has seen a rough cut of the movie and the very first scene proved that it was not going to be a typical Batman movie.

“I watched a rough cut of the movie by myself and the first shot is so jarring from any other Batman movie that it’s just kind of a totally different pace,” Pattinson said. “It was what Matt was saying from the first meeting I had with him: ‘I want to do a ’70s noir detective story, like The Conversation.’ And I kind of assumed that meant the mood board or something, the look of it. But from the first shot, it’s, Oh, this actually is a detective story. And I feel like an idiot, because I didn’t even know that Batman was ‘the world’s greatest detective’; I hadn’t heard that in my life before—but it really plays.”

Pattinson explained that unlike the other Batman movies where he first goes away to trains and returns with hopes of bringing a change in Gotham, Matt Reeves’ Batman is a mess. It’s been 2-3 years that he is the Batman and the crime has worsened. He has had a breakdown and might not be of much help to the people.

“This thing he’s doing, it’s not even working. Like, it’s two years into it, and the crime has gotten worse since Bruce started being Batman. The people of Gotham think that he’s just another symptom of how shit everything is,” Batman said.

A Batman that might not be helping ! As dangerous as it sounds, Robert Pattinson added his own twist to it. He said that he sees the character as being ‘addicted’ to what he does and the initial inspiration of dead parents might not be the driving force anymore.

The actor concluded by teasing that it is going to be a sad movie. “It’s a sad movie,” he said. “It’s kind of about him trying to find some element of hope, in himself, and not just the city. Normally, Bruce never questions his own ability; he questions the city’s ability to change. But I mean, it’s kind of such an insane thing to do: the only way I can live is to dress up as a bat,” he said.

Also Read:- Charlie Cox reveals the future of Daredevil in the MCU