Who is Madame Web? Comic origin, Powers, Weaknesses, History and Future in MCU 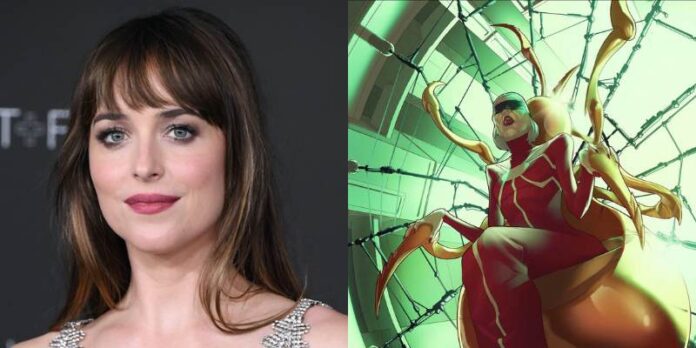 The appearance of Tobey Maguire and Andrew Garfield in Spider-Man: No Way Home and the massively positive response that the movie has received worldwide has reportedly led Sony to concentrate more on the future of their Spiderverse. According to reports, Sony is now planning to make more Spider-Man spinoff movies seeing the hype and success of No Way Home and a possible Madame Web movie is on the charts.

In this article, we shall be discussing everything you need to know about the character. We shall also be talking about the updates regarding the potential Sony movie about Madame Web and what we know so far.

Cassandra Webb was born in Salem, the Capital city of U.S state Oregon. She was blinded from birth and suffered from a neurological condition called myasthenia gravis. It is a long term neuromuscular disease and causes varying levels of skeletal muscle weakness, sights of which have been seen in her character over the years.

The neurological condition, though crippled her physically, gave her super powers like telepathy, astral projection, precognition, etc. She could also become a medium and gained psychic abilities. Her superpowers are thus natural and she came to be known as Madam Web.

Although the surname ‘Web’ reminds us of a connection to the SpiderVerse, Madam Web surely does not have any such superpowers although she has aided Spider-Man on several occasions. Instead, her surname might be synonymous to her ‘Spider Web like’ life supporting system which was built by her deceased husband.

History with other Superheroes

The first introduction of Madame Web came in the 1996th episode of Spider-Man the animated movie “Make a Wish” in which she appears to Spider-Man as a mystic medium to another dimension with power over reality having powers similar to the Beyonder. She was voiced by Stan Lee’s wife Joan Boocock Lee in a surprise appearance that usually Stan Lee is famous for.

In that episode, Madame Web tests Spideys from across the multiverse in an attempt to find one that was able to stop Spider Carnage from destroying the Universe.

Her first Comic book appearance, however, came in 1980 when she came to know the true identity of Spider-Man (Peter Parker) using her powers. Spider-man helped her by rescuing her kidnapped student and in return the Blind Clairvoyant helped Spider-Man in stopping several crimes.

She was once kidnapped by the Juggernaut before and rescued by Spider-Man. She was involved in the Gathering of Five (in which Norman Osborn was also present). Madame Web has also worked with Spider-Women and Jessica Jones.

Madame Web was killed by Sasha after a failed attempt to revive Kraven but in her final moments, she transferred her powers and the Madame Web mantle to Julia Carpenter, the second Spider-Woman.

She was brought back to life by Jackal and started to work for him after that. However she died soon after a series of events and that was her last comic mention.

Astral Projection: Madame Web is able to project her soul outside of her body and travel in that state. MCU fans will be aware of this power as both Dr. Strange and Scarlet Witch have shown it in previous movies or series.

Telepathy: Madame Web is also able to read minds and impose her thoughts on others.

Mind Altercation: She is also able to affect the minds of people around her at will.

Psychic Surgery: This power has never before been seen in MCU movies. It is the power of performing surgeries with the mere thought of it. She is basically a healer.

Precognition or Clairvoyance: Ability to sense incidents occurring in places far away or in the immediate locality. Madame Web is called the Creepy Clairvoyant for possessing this power.

Foresight: She can see the future as mentioned before

Despite possessing great psychic abilities, Madame is physically very weak and she is also blind. She is also paralysed and her limbs do not function well.

Rumors that Sony is indeed working on a Madame Web project is indeed strong. Moreover, Fifty Shades actor Dakota Johnson recently shared a spider-web emoji on her Instagram story and practically teased her casting in the main role.

However, fans have been left confused with this casting as Madame Web has been usually portrayed as an elderly woman in Animated shows, Video Games and Marvel Comics. The casting of a fairly young and glamorous Dakota Johnson for the role has thus raised many eyebrows.

Many are of the opinion that it would actually be a young Madame Web movie featuring Julia Carpenter and not Cassandra Webb.

Madame Web will be Sony’s third Spiderverse spinoff after Venom and Morbius.

Why is Madame Web needed in Sony’s Spiderverse

Madam Web has always been very aligned with the Spider Verse in the Marvel comics and animated tv shows. It is thus being said that Madam Web will be Sony’s solution to make sense of the whole No Way Home situation. Incredibly smart play by Sony if it is true !