Echo Rumour reveals the future of Kingpin in the MCU 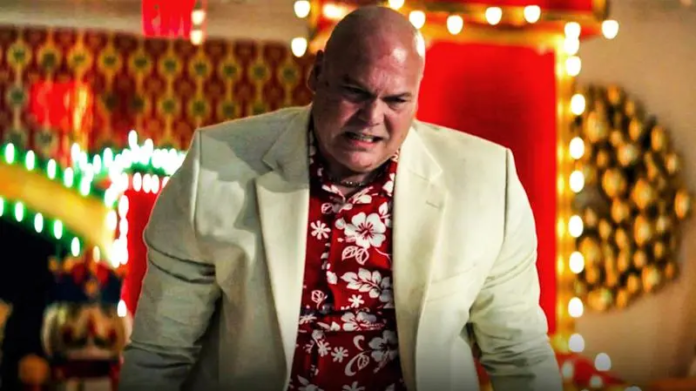 One of the most special things about Marvel’s Disney+ MCU TV series ‘Hawkeye’ was undeniably the introduction of the character Kingpin in the Marvel Cinematic Universe. He is one of the most powerful Mafia gang leaders a.k.a Kingpin in the entire Marvel Universe and he has finally been introduced in the MCU now. With this, there are thousands of possibles storylines that can be used for Wilson Fisk but as he was shot by Maya Lopez in the final episode of the series, it narrows down his possible future story arcs by a big margin.

Meanwhile, some fan theories have suggested the probable path that Marvel is going to follow regarding Kingpin’s character in the MCU. Just like what we saw in the TV series, Kingpin was shot in the Marvel comics by Maya Lopez as well but it did not kill him. Rather, he was only temporarily blinded and he also has a son named Richards who he envisions will grow up to take his place. Wilson Fisk has also implied that surviving the snap helped create his criminal empire. It was during this time that he had Maya’s father killed for business reasons.

Talking about Maya Lopez, we shall be seeing her alter ego ‘Echo’ in the upcoming Disney+ MCU series. According to reports, a number of big stars will be making their appearances in the series like Charlie Cox as Daredevil and Vincent D’Onofrio as the Kingpin. It is being said that just before being shot, the Kingpin has persuaded Maya to believe that the real reason behind her father’s death was the Daredevil. And due to this misconception, she started a mission to finish the red masked vigilante and thus Matt Murdock finally confronts her to solve the whole confusion.

It is then that there is a moment where Daredevil, Wilson Fisk and Maya Lopez meet and that is said to be the key attraction of this series as Daredevil and Kingpin will be coming face to face after almost 3 years.