Morbius Post Credit scene gets leaked on the Internet 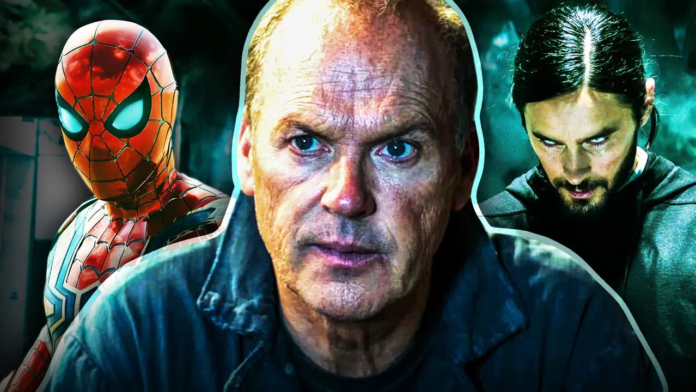 Sony’s upcoming Spider-Man Universe movie ‘Morbius’ is set to release tomorrow and so far nothing is going well for the makers of the movie. From negative early reviews to Fans criticising Morbius for Trailer baits and an unpolished plot and now apparently, things have even worsened further ever since the release of a clear quality leaked video of Morbius’ Post Credit scene as the fans are extremely mad about the unappealing Post Credit scene. In this article, we shall be talking about this Post credit in particular.

In the post-credit scene of the Sony Studios movie, we can see that Dr Michael Morbius is standing in front of a big field and upon hearing a loud noise, he turns himself into his partial Living vampire form in fear of danger which is a good detail. However, it turned out to be Michael Keaton’s Vulture and apparently he had asked Morbius to meet him here. Michael Keaton’s Vulture told Morbius that he was still figuring out this place which confirms the fact that during the No Way Home mess, Adrian Toomes got transferred to the Sony verse.

Toomes then proposed Morbius start a group of ‘similar people’. “Guys like us should team up to do some good”: were his exact words to which Morbius replied by saying, “Intriguing!”

This is definitely a teaser to a possible Sinister 6 lineup in the future. As the director of Morbius confirmed a few days ago that Venom and Morbius are in the same Universe, it is confirmed that the two characters will meet at some point and it might be so that the Tom Hardy played character becomes a member of the Sinister Six as well.

The sinister six lineup suggests that there will possibly be a Spider-Man project in the very near future of the Sony verse and thus we might get to see Tom Holland, Tobey Maguire or Andrew Garfield playing the role. After all, the director confirmed that we shall knowing about the presence of a Spider-Man in Morbius’ storyline very soon.