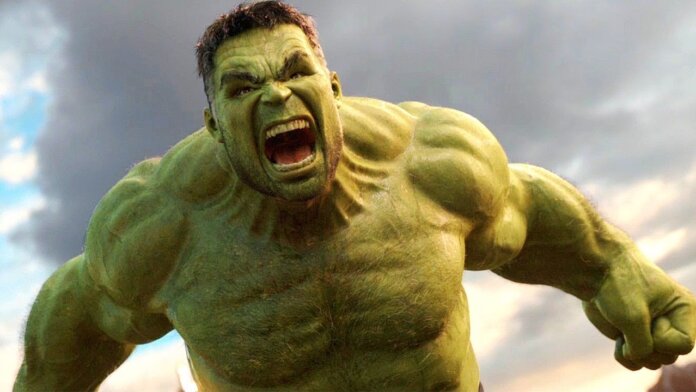 There is no doubt in the fact that The Incredible Hulk is one of the strongest characters in the entire Marvel universe. Although in the Marvel Cinematic Universe, the powers of the Hulk have been diminished by a great deal, the Hulk in Marvel comics is an absolute beast and even the strongest Marvel superheroes think twice before messing with him. However, there are several versions of Hulk in the Marvel comics that have been introduced to us over the years and in this article, we shall be taking a look at the Top 7 most powerful variants or versions of Marvel’s Big green monster.

The Old Man Hulk was introduced in the ‘Old Man Logan’ storyline which is based on an alternate future thus a long time has passed since the events of the Marvel Universe that we are usually aware of and thus the Hulk has changed a lot. He has grown in size inproportionally and he is so large that he can it any of the normal-sized Avengers in a bite. However, this is a disadvantage of this version of the Hulk as well as he is not that mobile and fit. However, the interesting thing is that the Banner form of Old Man Hulk is as strong as the MCU Hulk that we are aware of.

According to this storyline, The Old Man Hulk rules the Western United States alongside his offspring who he father with She-Hulk who is his cousin thus we can understand that there is inbreeding in the storyline.

Marvel did not exploit with the character much but he is definitely one of the strongest Hulk versions. However, it must be noted that Old Man Hulk does not have Hulk’s healing factor.

Red Hulk could be the strongest version of Hulk had it not been for his huge disadvantage. The Red Hulk has all the powers of Hulk and moreover, he could absorb the radiations of others and thus if he ever fought with Hulk, he would just absorb his powers and revert back to his human form. However, he often gets burnt out as the more power he absorbs or the angrier he gets, the hotter he gets. The Hulk used this power to defeat the Red Hulk.

When Red Hulk absorbed Hulk’s powers, the ability to get more powerful as he got angrier was too much for him to bear and he burnt himself out.

According to Marvel comics, Thunderbolt Ross gets transformed into Red Hulk.

Maestro hails from one of the darkest alternate future timelines in the Marvel Universe. He is an evil version of the Hulk and he is the strongest and the smartest version of the Thor as he gained more powers due to additional exposure to the Gamma-ray. Due to his immense powers, Maestro killed off all the other superheroes in his Universe and has thus taken over the planet.

However, he too has a disadvantage. Maestro might be very strong in his base level, he has limited his rage-induced strength as he has turned completely insane.

Kluh is an advanced version of the Grey Hulk who is a powerful version of the Hulk himself which he had repressed within his psyche for a long time. He too was very powerful and he had defeated the complete roster of Avengers as well. Apart from having the powers of the Hulk, he could also regenerate and perform Telekinesis.

Hulk: The End shows us one of the most complex versions of the character ever. The timeline shows the end of everything and in the end, only Hulk survives. A mutated flock of predator roaches have taken over the world and they are devouring everything in their way including Hulk himself but the Hulk has been able to regenerate and heal himself.

As the name suggests, this version of the Hulk is immortal and is a result of the Hulk suppressing all the other persona in Banner’s mind. He can not die in the true sense and the Hulk finds out that the power of all gamma-irradiated beings like him comes from a being called the One below all. The most amazing power of Immortal Hulk is his super-fast healing and regeneration abilities due to which he survives even the most horrifying deaths.

World Breaker Hulk is by far the strongest version of Hulk that we have ever witnessed in the Marvel Universe. The Rocket that Illuminati used to send Hulk to Sakaar, destroys the planet and with it, Hulk’s family and thus Hulk is angrier than ever as he comes to Earth to face the superheroes.

He is so strong and his wrath is so unimaginable that even Sentry had to step in to stop him but but even then, World Breaker Hulk wreaked great havoc on earth and was on the verge of destroying the planet.