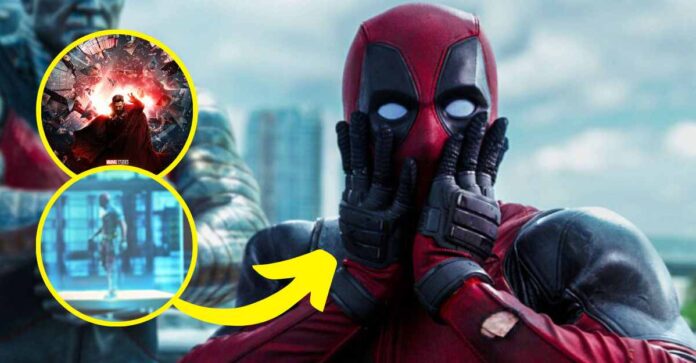 If there’s one thing that the trailer of Doctor Strange in the Multiverse of Madness has confirmed, it is the appearance and the MCU debut of famous X-Men character Professor X. Professor X’s MCU debut will be like a chain reaction and is expected to pull in a number of other famous X-Men characters into the franchise like Wolverine, Magneto and the very popular Deadpool. In fact, some leaked VFX images and leaked behind the scenes clip of the upcoming movie has almost confirmed the much anticipated MCU debut of Ryan Reynolds as Wade Wilson.

The most jaw dropping scene from Doctor Strange in the Multiverse of Madness trailer showed the protagonist Doctor Strange being arrested and accompanied by Iron Legions to a courtroom, perhaps for the trial of his Multiversal crime.

It is hard to miss that the setting, background, and everything else about the scene points out towards the MCU debut of the Illuminati. The original Illuminati according to Marvel Comics was a secret Think tank group started by Iron-Man and it consisted of 5 members – Tony Stark, Professor X, Reed Richards (Mister Fantastic), Namor, Black Bolt and Doctor Strange.

The courtroom scene from the trailer also showed 6 chairs. However, according to many theories, MCU might have tweaked the role of the Illuminati to fit in with the theme of Multiverse of Madness. They might be shown as the supreme-most organisation that safeguards the sacred timeline much like Kang’s TVA (from Disney+ show Loki) but much stronger.

As Doctor Strange has fiddled with the laws of the Multiverse, he has been arrested by the Illuminati and put on trial exactly as we saw in Loki.

However, over the years, there have been several characters that have fiddled with the Multiverse and the timelines in a worse way and it must be assumed that Illuminati has arrested a number of those offenders. And that is where Deadpool fits in.

In the ending scene of Deadpool 2, we saw Wade Wilson travel through timelines to change the past for fun. He saved his love interest, Vanessa, from being killed, saved the Regular guy played by Rob Delaney, killed his old portrayal in X-Men Origins, killed Ryan Reynolds before he could sign the Green Lantern movie and almost killed baby Adolf Hitler.

In that very hilarious scene, he jumped through a number of different timelines and Universes and toyed with the Sacred Timeline.

It is for this reason that many people think the Illuminati must have arrested him as well. A recently leaked VFX image showed that Deadpool is locked in a cage at the Illuminati Headquarters for his Multiversal crime. It might thus give Marvel a chance to bring the much-loved character into the MCU. He is expected to make a cameo in Doctor Strange in the Multiverse of Madness.

Also, about a month ago, actor Ryan Reynolds uploaded a picture of him dressed up in the Deadpool suit on Facebook and deleted it instantly. Fans also spotted a woman behind him in the picture and rumour has it that she is the Costume designer of Multiverse of Madness. So all hints point towards Deadpool’s appearance in the movie.

Deadpool Spotted in the official poster of Multiverse of Madness

A close look at the official poster of Doctor Strange in the Multiverse of Madness also revealed that one of the shattered glasses in it might have the reflection of what seems like a shushing Deadpool. Although the image is not that clear, many Marvel fans can not unsee it now.

So what do you think? Will Deadpool make a grand appearance in Doctor Strange in the Multiverse of Madness?

Share
Facebook
Twitter
Pinterest
WhatsApp
Previous articlePeacemaker Season 1 Full Review and Ratings: The Good, Bad and Excellent of the HBO Max show
Next articleDoctor Strange in the Multiverse of Madness Confirmed and Rumoured Cast, all details