Peacemaker Season 1 Full Review and Ratings: The Good, Bad and Excellent of the HBO Max show 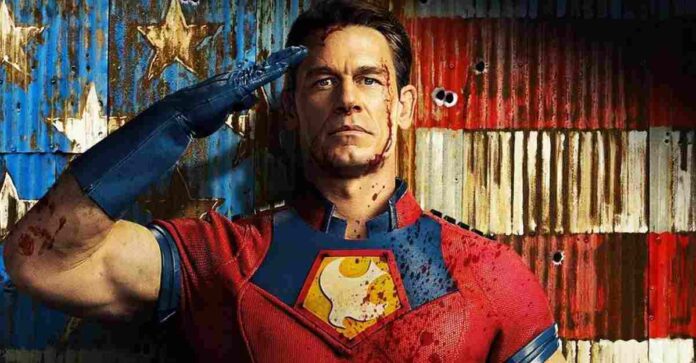 Season 1 of DC’s latest HBO Max show ‘Peacemaker’ directed by Guardians of the Galaxy fame James Gunn has finally concluded. The show, which gives us a break from the DC Cinematic Universe’s lacklustre stereotype, has won over the hearts of DC comic fans and has finally provided them with a good DCEU show after ages.

‘Peacemaker’ is an 8 episode long HBO Max series originally created as a spinoff of the 2021 movie Suicide Squad featuring the antagonists of the DC Universe. Peacemaker was perhaps the least liked character from the movie and thus it was confusing at first as to why he of all people was given a separate show. However, it would be right to say that director James Gunn gave justice to the character and provided him with much-needed closure, portraying him as an anti-hero.

The story begins with a Peacemaker joining a secret operation codenamed Butterfly after the events of Suicide Squad.

He was working under the supremely powerful Clemson Murn and soon realised that the operation was a bit too complicated for him to digest.

The main plot is supported by several other subplots including Peacemaker’s complicated relationship with his father who is always rebuking him.

Let us now analyse the good, bad and excellent of the show.

1. The Good – James Gunn’s Peacemaker does justice to the character. The namesake lead role, who was the least liked character in Suicide Squad (2021) has rightfully gained the top spot of loved DC antagonists among the fans now. The show explored Peacemaker’s inability to deal with and accept his past. It also portrayed the complex relationship of him and his father and humanised him a lot. The characters like Eagly and Vigilante add feel good factor to the series as they have received widespread appreciation and love among the DC fandom.

2. The Bad – Many are of the opinion that the series is a little too stretched. It could easily be made a mini-series of maybe 4 big episodes instead of stretching it to 8 episodes like what James Gunn ended up doing. But if the fans are okay with it, who are we to judge.

The lacklustre action scenes (barring the Season finale) can be added in this list as well. Yes its true that James Gunn focused on developing Christopher’s Smith character more but you feel something is missing if there are not many kickass action scenes in a Superhero show – that too an 8 episode long Superhero movie !

3. The Excellent – Although comedy is subjective, almost all the fans found Peacemaker’s forced punchlines to be hilarious. The scene wehere Eagly flew in the opposite direction, for example, had me rolling. Every actor has done a tremendous role in the specific roles.

The episode 8 or the Season Finale just added to the awesomeness of the show. With the cameo of the Justice League and Peacemaker finally finding closure, it is a treat to eyes after a hell of a ride for the first 7 episodes.

What next for Peacemaker

HBO Max has officially announced that they are renewing the show for a second season. James Gunn will return as the writer and director of the show, It is unknown as to what might be the story arc in season two but fans are excited to see what the director has in store for Peacemaker.