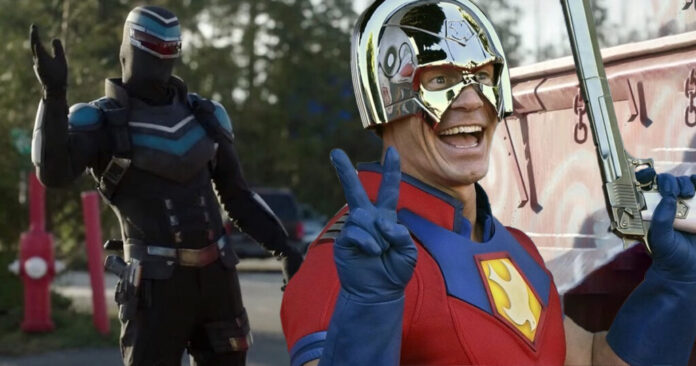 The Guardians of Galaxy fame James Gunn, who has also directed the recently released HBO Max TV series Peacemaker, has always been very interactive with the fans on social media. As the director of these famous Superhero movies that have such a huge fanbase across the globe, he considers it as his moral obligation to clear the doubts of curious fans – of course until it involves sharing any spoilers.

Well, we recently caught him doing something exactly similar when a fan asked him a question about a character of Peacemaker.

A curious fan asked Gunn on Twitter whether Vigilante’s mask is prescribed as whenever he opens his mask, his alter ego Adrian Chase has to wear glasses. Gunn was quick to reply. He quote tweeted the tweet and replied, “Yes it’s prescription”.

The character of Adrian Chase a.k.a Vigilante is played by Freddie Stromma in the HBO Max show. He has been shown as the sidekick of the main lead Peacemaker, played by WWE star John Cena, alongside Eagly the eagle.

Director James Gunn opined in a recent interview that he sees Vigilante as the oddest character of the series. He is a worse Peacemaker but has his own advantages.

James Gunn said, “Vigilante is a very different sort of ‘hero’. I think that I created Vigilante for the show because I thought, if you really are a guy that puts on a costume and goes around and murders people — just cold-blooded murders people who you think are bad guys — who are you really? Who is this person really?”

He added, “And yet, despite all of this, there’s this sort of dare I say sweetness about him, that it comes from Freddie [Stroma]’s performance and comes from the fact that he is so — in such a vulnerable way, adores Peacemaker, and has obviously since he’s been a child and Peacemaker was friends with his older brother. So I just wanted to create a different type of character who was not black and white, was actually — he’s a worse version of Peacemaker in many ways, but also not without things that we can like about him.”

The teaser for Peacemaker S1’s season finale was released yesterday and it has the fans on their toes. The much-awaited season finale of the Suicide Squad spinoff will release on 17th February on HBO Max.