Who are the Illuminati? What role do they play in Doctor Strange in Multiverse of Madness – EXPLAINED 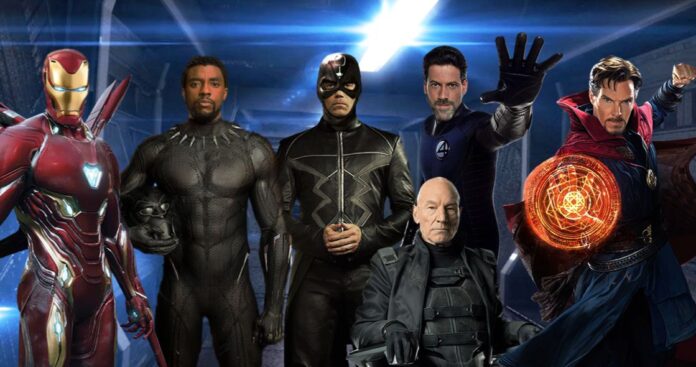 The much awaited trailer of Doctor Strange: Multiverse of Madness was released today and it left the fans awestruck. The hundreds of easter eggs it had and the countless possibilities in opened up will take some time to fathom.

Apart from teasing the story arc and possible antagnoists of the movie, the trailer also teased the MCU debut of a number of famous Marvel Comics characters.

The scene that is perhaps the most talked about is the one in which MCU Strange’s hands are tied with some advanced tech handcuffs and he is accompanied by Iron Legions (Popularly calles ‘Ultron’s Drones’) into a huge chamber.

It appears to be the hearing of Doctor Strange for his many acts that led to the Sacred Timeline being all messed up and ultimately opened the doors to Multiverse.

The court room-esque chanber in which Doctor Strange stands reminds fans of the PVA courtroom from Disney+ series Loki. However, the one which Strange stands in is definitely a higher version of the PVA and perhaps the one where the bigger Multiversal criminals are brought.

In the very next scene, an identity (whose face was not revealed) said “We should tell him the truth.” The voice itself was enough to confirm that it was none other than Patrick Stewart who plays the character of Professor X in Marvel’s X-Men movies !

This scene has led many fans to believe that it was indeed the chamber of Illuminati – Marvel’s secret group of heroes that is run by the 6 main superheroes from across the different sections of the Marvel Universe.

So what is the Iluminati? According to Marvel comics, Illuminati is a group think tank group run by Iron Man, Professor X, Doctor Strange, Mister Fantastic, Black Bolt and Namor. There wer 6 chairs shown in the chamber that Strange walked in. 6 chairs for the 6 members of Illuminati.

Doctor Strange: Multiverse of Madness has opened up many alternate realities and in one of them, the Illumniati exists. It is this organisation that has arrested Doctor Strange for his deeds that broke open the Multiverse.

Mordo is apparently working for the Illuminati as he was scene walking right across the chairs and in a particular scene from the teaser, he was also seen attacking Dr. Strange while he was still in his handcuffs.

The appearance of Illuminati will bring in two more Marvel franchises into the Marvel Cinematic Universe – the X-Men and Fantastic 4. It might even introduce the Inhumans and the character of Namor, who is reportedly the antagonist of Black Panther 2. Thus their appearance in Doctor Strange: Multiverse of Madness will open be huge for MCU and its fans.

According to Marvel Comics, the Illuminati was proposed by Iron Man was the Kree – Skrull War. Tony Starc said that if any of the 6 individuals present in the meeting had any knowledge about the issue, it could be stopped. Thus he proposed the formation of Illuminati for the sole purpose of secret knowledge sharing. Each group member would represent a portion of Earth’s Super Human communities.

Mister Fantastic a.k.a Reed Richards of the Fantastic 4 agreed with Tony Stark and thus the group was established in Wakanda. There are many different stories about the Illuminati and the role they played and many of them say that the group is no longer in existence.

It will thus be interesting to see as to which version of Illuminati story is used in Doctor Strange: Multiverse of Madness.