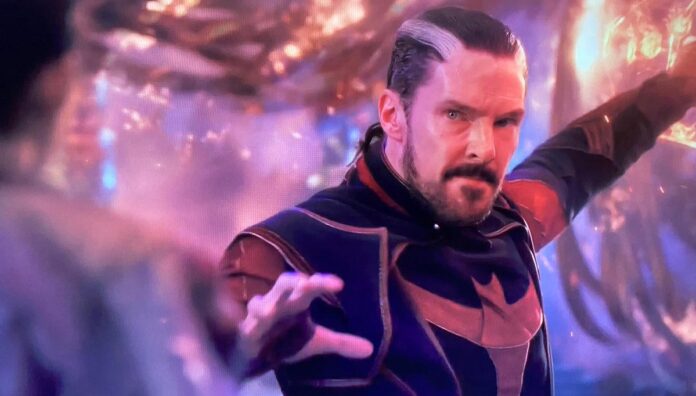 While we got hints about Professor X and Supreme Iron Man’s appearance in the movie, the trailer also showed the first look of Defender Strange, one of the many variants that are set to make an appearance in the upcoming movie.

Well, the actual trailer revealed much fewer details about the variant but it was in the TV Spot for Doctor Strange in Multiverse in Madness that we could see a crystal clear image of Defender Strange.

The TV spot, however, shows that his outfit has a yellow imprint on it. There had been rumours of a third variant of Doctor Strange apart from MCU Strange and Evil Strange and it has been confirmed now.

Who is Defender Strange?

Defender Strange is the oldest version of Stephen Strange that we have seen in MCU so far. He comes from an alternate reality where the group of Superheroes called “Defenders” exists. T

Defenders, like Avengers, is a Superhero association in Marvel Comics that had not been introduced in the MCU until now.

Unlike Avengers, the Defenders do not have a permanent status and they meet only at times of necessity. According to Marvel comics, Cloud, Loki, Silver Surfer, Hulk and Dr Strange are all members of the Defenders. Their goal is to save earth from otherworldly attacks.

Given the fact that Illuminati is making its MCU debut with Multiverse of Madness, an introduction of the Defenders does not seem far fetched.

Interestingly, Doctor Strange has been a part of both Illuminati and Defenders in Marvel comics.