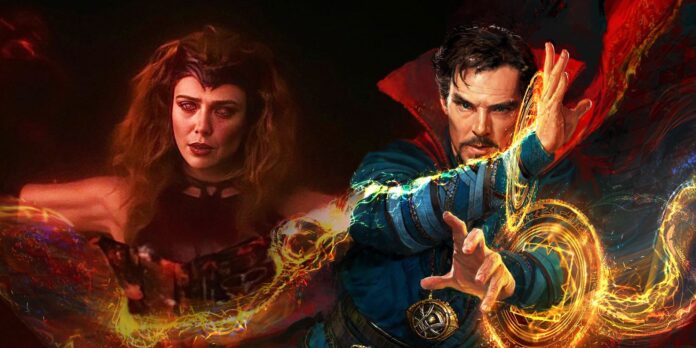 Over the years, we have seen countless characters in the different phases of MCU movies. We have loved some of them, hated some of them, called them underrated and overrated based on their powers shown in the movies. But we all definitely have one such character whom we consider to be the strongest in the Marvel Cinematic Universe and we have our own argument for that.

However, Marvel producer Richie Palmer just revealed in a recent interview that there are two Superheroes in the MCU whom they consider to be the strongest from the rest and they are both going to appear in MCU’s upcoming project – Doctor Strange in the Multiverse of Madness.

Yes you guessed it right, he is talking about none other that our beloved Doctor Strange and Wanda Maximoff a.k.a the Scarlet Witch.

Both of them will be playing key roles in Sam Raimi’s upcoming Marvel spectacle and according to some theories, we might even see them going against each other as the trailer suggested that Wanda Maximoff might be the antagonist of the movie. Richie Palmer’s words have thus heightened the excitement of the movie as this would imply that two of the strongest characters in the MCU will be coming face to face in the Multiverse of Madness.

Although we know that both Doctor Strange and Wanda are extremely powerful, it is unknown as to who would win if thee were to fight each other. In WandaVision, Agatha Harkness said that the Scarlet Witch is supposed to be stronger than the Sorcerer Supreme which had left fans confused. But it was cleared out in Spider-Man: No Way Home when we came to know that Wong was actually the Sorcerer Supreme currently as Strange was blipped out in the Thanos’ snap. So it would be hard to judge who is the stronger sorcerer.

Given how big the stakes in Doctor Strange in the Multiverse of Madness are, we can expect to see both Doctor Strange and Scarlet Witch at their fullest potential in the movie. That would give us an idea as to who is stronger between them.

However, there is also a possibility that Wanda Maximoff would become an ally of Doctor Strange in the later half of the movie to face an even bigger threat to the Multiverse.