Fan Theory: Doctor Strange in the Multiverse of Madness will set up WandaVision Season 2 – Here’s How 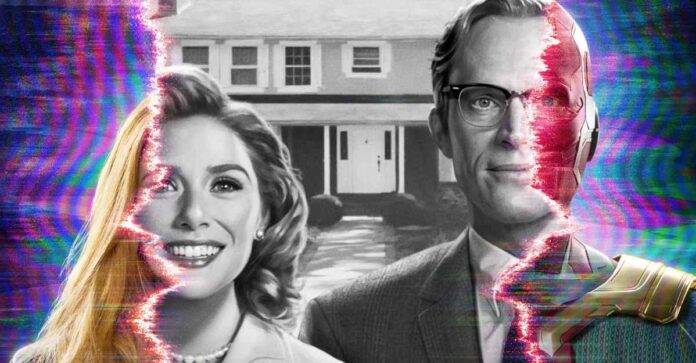 The teaser and trailer of Marvel’s upcoming movie Doctor Strange in the Multiverse of Madness have confirmed this much that Wanda Maximoff a.k.a Scarlet Witch (played by Elizabeth Olsen) will be playing a key role in it.

Some dark and confusing scenes in the trailer featuring her have suggested that she might in fact be playing the role of a negative character or the antagonist of the movie. However, some bigger things might be at stake.

Some fan theories have suggested that Doctor Strange in the Multiverse of Madness might set up the sequel of WandaVision, a Disney+ MCU series released in January 2021 that showed the transformation of Wanda Maximoff into Scarlet Witch.

Wanda might be portrayed as the villain at the beginning of Multiverse of Madness but by its end, she is expected to switch sides to help Doctor Strange bring the Multiverse in order.

In this article, we shall be talking about some of the fan theories regarding WandaVision 2.

Will there be a second season of WandaVision?

MCU Disney+ series was categorised as a Limited series which should mean that it was destined to have only one season. However, we have previously seen franchises extending some limited series based on their popularity. And WandaVision can certainly be one of them.

Will Wanda Maximoff appear in Agatha: House of Harkness?

However, Marvel has already announced a spinoff Disney+ series on WandaVision’s antagonist Agatha Harkness. It will be called Agatha: House of Harkness.

In the final episode of the movie, Wanda absorbed the evil witch Agatha’s powers to become the Scarlet Witch and she then trapped the witch into the character of a nosy neighbour which she had been assuming since the beginning of the series. Wanda thus prisoned Agatha in Westview for years to come.

However, we saw Wanda face an alternate version of herself in her Westview house in the trailer of Doctor Strange in the Multiverse of Madness. It could work as the perfect opportunity for Marvel to break Agatha Harkness free so that her Disney+ series could be set up.

If she keeps on following the negative path, Wanda Maximoff might appear in the series to face her again.

We know that Captain America 4 will take off from where The Falcon and the Winter Soldier ended. The same could be the case with Agatha: House of Harkness and WandaVision.

The trailer of Multiverse of Madness had a mention of Wanda’s husband’s Vision. When Doctor Strange asked Wanda what she knew about the Multiverse, Wanda said, “Vis had his theories. He said it was dangerous”.

Well, we have already seen a number of variants of both Doctor Strange and Wanda Maximoff already in the trailer. So why could not there be an alternate version of Vision? We have already seen an android Vision in the season finale of WandaVision. While travelling through the timelines and universes in search of her sons Billy and Tommy, Wanda could possibly meet an alternate self if Vision and that could set up WandaVision 2 with a similar story arc that we saw in the first season.

However, many are of the opinion that the sequel of WandaVision, if any, will exploit the Comicbook accurate origin of Wanda Maximoff.

According to Marvel Comics, Wanda Maximoff and Pietro Maximoff are both kids of the Mutant Magneto. MCU could not possibly go with that plot in Avengers: Age of Ultron when the two characters were introduced as the Mutants were the property of Fox Studios back then.

However, MCU got it back in 2019 and it would be a perfect time to bring that origin story back as we know the X-Men are going to make an appearance in the Multiverse of Madness (as Professor X was teased in the trailer).

We could see an alternate version of Wanda Maximoff in the Multiverse of Madness who is the daughter of Magneto in her universe. It would open up a wide range of possibilities for WandaVision season 2.