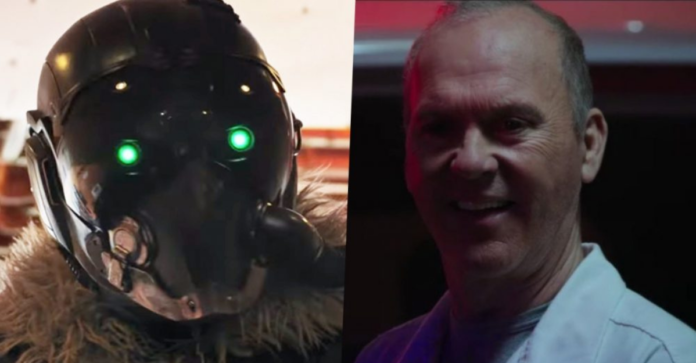 Michael Keaton is one of those few fortunate actors to have had the chance of acting in the two biggest Superhero industries – Marvel and DC. He used to be DCEU’s Batman many years ago and he played the role of the famous street-level villain Vulture in the 2017 MCU movie Spider-Man: Homecoming. Well, it seems like he is surprisingly returning to both these roles.

While his role as Vulture is fairly recent and he was only arrested at the end of Spider-Man: Homecoming, his return can still be understood. But Keaton’s return as the Caped Crusader would be a big surprise for many.

He was seen wearing the Batman suit in leaked images from the sets of Batgirl – the upcoming DCEU movie which is going to release on HBO Max. It is almost sure that we will see him as Batman at least one last time in the movie. However, it is confusing as to how the directors would keep Batgirl in the same timeline as the other DC Extended universe if they were to bring in an old Batman.

Michael Keaton to appear in Morbius

Michael Keaton’s Vulture a.k.a Adrian Toomes was also shown in the teaser and the trailer of Morbius. Although he was not present in the most recent poster of Morbius as the makers probably thought that they were focusing too much on the MCU character, he is undoubtedly a big bait to bring more spectators to the theatres.

But Vulture appearing in Morbius is very controversial, to begin with. Morbius is part of Sony’s Marvelverse just like Spider-Man while Vulture is has been previously seen in Disney’s MCU.

Although we have seen the two studios collaborating for Spider-Man: No Way Home recently, it is doubtful whether they would do it for a small-scale project like Morbius.

Well, an explanation for this can be that Vulture too is a property of Sony just like Spider-Man. Sony let Marvel use the character of Spider-Man in their movies as a part of their collaboration deal and so might be the case with Vulture. In that case, it would not be a problem to bring Vulture into the SonyVerse.

However, the consequences of this are huge as it means the SonyVerse is directly connected to the Marvel Cinematic Universe that we know of.

Michael Keaton has very much confirmed his role in Morbius now. He shared a picture of a building today with the caption: “Little A Toomes work today.”

Morbius is set to release on 1st April and Keaton is probably recording some ADR lines or doing some promotional work now.

On being asked about his presence in the movie, Keaton has previously said, “I’m nodding like I know what the fuck they’re talking about. I go, ‘Uh-huh.’ And I’m thinking, ‘You may as well be explaining quantum physics right now to me. All I know is I just know my guy. And I know the basics.’ So finally, they were looking at me, and they just started laughing. They said, ‘You don’t know what we’re talking about, do you?’ I said, ‘No, I don’t, no idea what you’re talking about.’ “