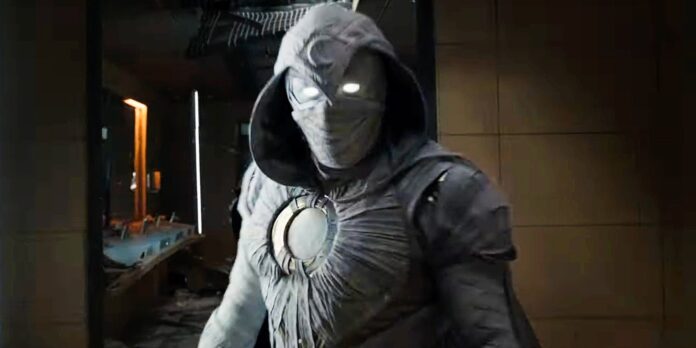 The first episode of MCU’s latest Disney+ series Moon Knight is set to release on 30th March. The MCU TV series will act as the origin story of Marvel’s namesake mercenary Vigilante Moon Knight who sufferers from an identity crisis. The character is said to have received his powers from the Egyptian God of the moon, Khonshu.

In this article, we shall talk about the confirmed and rumoured cast and the crew of Marvel’s upcoming TV series.

It is not unknown that Oscar Isaac is a phenomenal actor and if there is someone who can play the complex character of Marc Spector to perfection, it is him.

Oscar Isaac has had the privilege of playing two big Marvel characters now. He played Apocalypse in Fox Studios’ 2016 movie X-Men: Apocalypse and he will now be playing the role of Moon Knight in MCU.

As we all know, Moon Knight’s alter ego Marc Spector suffers from dissociative identity disorder and thus Oscar Isaac is expected to play many shades of his character in this series. Eagerly waiting for him to nail the role as usual!

Ethan Hawke who is famous for his works in Training Day, The purge and Moby Dick, will play the role of Arthur Harrow in the Series.

Arthur Harrow is a cult leader and a friend of Steven Grant – an alter ego of Marc Spector who works in a Museum.

According to Marvel comics, Arthur Harrow was a Nobel prize-nominated scientist. He was suffering from trigeminal neuralgia and his illegal experiments on humans led to a huge battle between him and Moon Knight.

In the Moon Knight teaser and trailer, the creepy guy with the cane who supposedly has a big following is Arthur Harrow.

French actor Gaspard Ulliel, who featured in Hannibal Rising and Saint Laurent will be playing the role of Anton Mogart in the movie.

The actor died in a tragic skiing incident on January 19, 2022, and his role in the movie will be posthumous.

According to Marvel comics, he is also known as Midnight Man. He is a thief and a collector.

F. Murray Abraham will be playing the important role of Moon God Khonshu in Moon Knight.

He is an Egyptian god who gave powers to Marc Spector and blessed (or cursed) him transforming him into Moon Knight.

So far, we have only seen a glimpse of Khonshu in one scene in the TV Spot trailer where he stood as a giant figure behind Marc Spector.

Khonshu will be a totally CGI built character and he will only be voiced by Abraham.

May Calamawy will be playing the role of Layla who is a friend of Marc Spector.

Lucy Thackeray plays the Museum curator who says “Real catch you are. You are useless Stevie,” to Mark’s alter ego Steven Grant who works in the Museum. Her name is Donna.

According to rumours, Marvel character Blade played by Mahershala Ali can have a cameo in Moon Knight. Marvel has already announced that a Disney+ series on the character is set to release in 2022. In Moon Knight, we can have a first look at Blade.

In Eternals, we saw a glimpse of Dane Whiteman, Marvel’s Black Knight. The post-credit scene of the movie showed Kit Harington as Dane Whiteman about to tough an ancestral ebony blade before a voice from behind warns him.

The voice belongs to none other than Mahershala Ali who will play Blade in MCU. Black Knight and Blade have operated together in Marvel comics on many occassions. Many are of the opinion that both these characters will appear in Marvel’s Moon Knight.

Moon Knight, Blade and Black Knight can operate together as a trio of sorts in the future in MCU as all three of them have a similar role of a vigilante.

Also Read:- Multiverse of Madness will introduce MCU’s Wolverine – But it will not be played by Hugh Jackman!

Share
Facebook
Twitter
Pinterest
WhatsApp
Previous articleMultiverse of Madness will introduce MCU’s Wolverine – But it will not be played by Hugh Jackman!
Next articleMarvel confirms the Villain of Thor: Love and Thunder and also reveals his Weapon – This famous Hollywood star will play the role