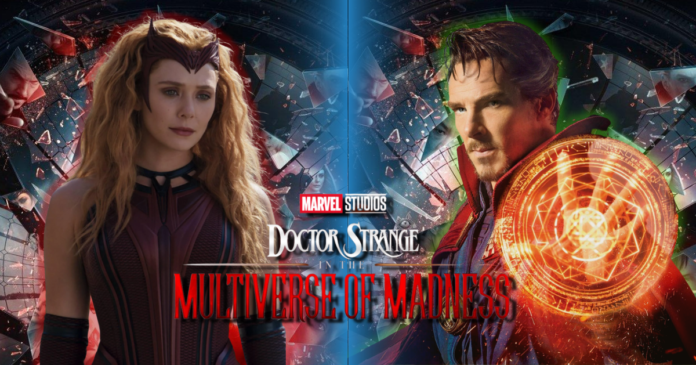 After much anticipation, Marvel has officially revealed the runtime of Doctor Strange in the Multiverse of Madness and fans would be disheartened to know that it is much shorter than what was being originally expected. The official runtime has also been updated on the the movie’s IMDB page and fans are now worried about the movie as they are doubtful whether all the important scenes can be crammed within such a short runtime.

Marvel revealed that the official runtime of Doctor Strange in the Multiverse of Madness will be 2 hours and 6 minutes which is not bad but nothing given to the importance that the movie holds in the Marvel Cinematic Universe and it also significantly shorter than the other Big Scale MCU movies that Marvel has recently released.

To provide some perspective, let us compare this runtime with some other recently released Marvel movies. Spider-Man: No Way Home was 2 hours 28 minutes, Eternals was 2 hours 36 minutes, Shang Chi was 2 hours 12 minutes. In fact, only 2 of the last ten movies released by Marvel had a runtime less than that of Multiverse of Madness and they were Captain Marvel (2 hours 3 minutes) and Ant-Man & the Wasp (1 hour 58 minutes) both of which were nothing compared to the significance of this movie. It is thus a very shocking announcement by Marvel. Fyi, the first Doctor Strange movie which was released back in 2016 had a runtime of 1 hour 55 minutes.

It was earlier being said that Doctor Strange in the Multiverse of Madness will have a runtime of 2 hours 28 minutes which would make it the joint third longest runtime in any Marvel movie alongside Spider-Man: No Way Home. Given the fact that Multiverse of Madness is expected to showcase a lot of events – first appearance of America Chavez, a number of Dr Strange variants, a number of Wanda variants, clash between Scarlet Witch and Dr Strange, Cthon and a couple other astounding events, a long runtime was expected. However, it will now be interesting to see how Sam Raimi fits in all these events into such a small runtime and some fans are already worried that this might ruin the impact of the movie.