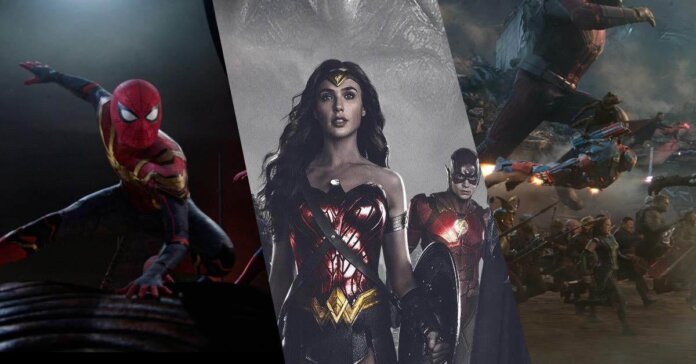 When it comes to Academy Awards, Superhero movies or Comic-book accurate movies have always had hard luck. Irrespective of how successful they might be at the Box-office, the juries often seem to neglect or ignore these larger than life projects and thus they rarely get any Oscars.

However, things are changing lately. With DC’s ‘The Joker’ getting a whopping 11 Oscar nominations two years ago and Marvel’s Black Panther and Logan getting recognition in the Academy Awards is definitely a positive sign for Superhero movies.

Keeping the success of these Superhero movies in mind, The Oscars 2022 thus kept a special Oscars category called the #OscarsCheerMoment which was voted by fans and was completely dominated by Superhero movies. The Award was basically meant to celebrate the biggest moments in movie history and it did just that. However, what shocked everyone was that a DCEU movie thrashed two massive scale Avengers projects to claim the first position, and it is none other than Zack Snyder’s Justice League.

Let us have a look at the full list first:-

The fact that the flash scene defeated the Avengers Assemble scene is still understandable because Avengers: Endgame was released over 3 years ago and the hype for it has long gone. But the fact that it defeated Spider-Man: No Way Home which was just released and was the biggest hit of 2021, speaks for itself.

The release of the Snyder Cut was a big moment for DCEU and its fans. After running campaigns for months, Warner Bros had finally listened to the petition of the fans and released the Snyder Cut. The relation and emotional attachment that the fans have with Zack Snyder’s Justice League is thus immense and the DC fans showed what they are capable of once again today winning the Biggest Moment in Movie history award.