Aunt May might return in the MCU! Marisa Tomei leaks a big information 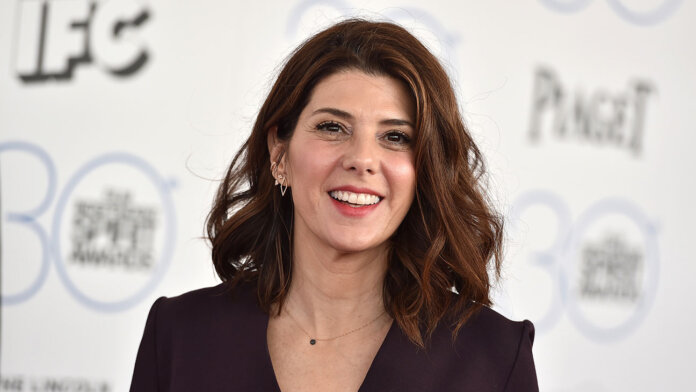 Spider-Man: No Way Home was undoubtedly one of the most emotional and heart touching Marvel movies we have seen in the recent past. With all three Spider-Man versions we have seen in our life coming together for this movie, it gave us a perfect opportunity to cherish our childhood and witness a historic moment in the Marvel Cinematic movement. However, the movie also left a tear or two of heartbreak in our eyes and one of the reasons was undoubtedly the tragic loss of Aunt May.

Unlike the other versions of Spider-Man, Tom Holland’s Spider-Man does not have an Uncle Ben and Aunty May is his only guardian. She is a loving character who sees the good in every person and we saw her majorly in four movies in the MCU – Civil War, Spider-Man: Homecoming, Spider-Man: Far From Home and Spider-Man: No Way Home.

Right after the interval when Green Goblin turns rogue in No Way Home, he drops one of his grenades at Aunt May. Peter tries to stop him but he is too late as it slips his hands and Aunt May becomes too grievously injured and dies. This is a heartbreaking moment for Tom Holland’s Peter and an emotional moment for the fans as well. After all, everyone loved Aunty May!

In a recent interview, actor Marisa Tomei who plays the role of Aunty May in MCU said that she would love to return as the character. Many think that this might lead to an indication that the Multiversal portals can open up a gate for Aunt May’s comeback as well.

Talking further in the interview about the concept of Multiverse, she said that she could not give any spoilers about it even if she wanted as she herself did not understand the concept properly.