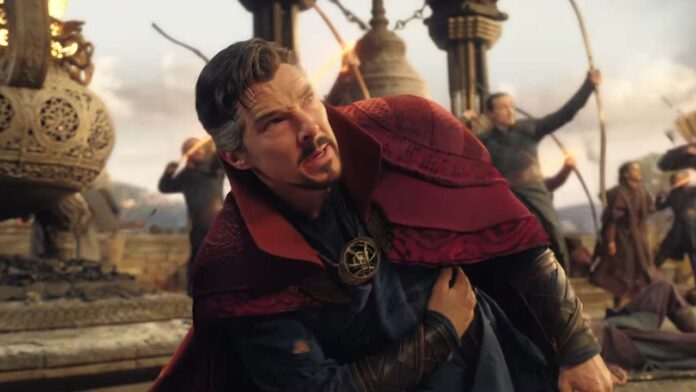 Ever since Marvel released the trailer of Doctor Strange in the Multiverse of Madness about a month ago, fans and Marvel nerds have been crazy about the theories and predictions that have been circulating on the internet. They have scrutinized every single hidden detail of the teaser and the trailer to see if they can find any big leak about the movie but in vain.

Despite all kinds of theories, none of the actors or Marvel’s high authorities have opened up on any theory (except Patrick Stewart sort of confirming that he has been cast as Professor X). The lead role of the movie, i.e, Benedict Cumberbatch who plays the role of Doctor Strange has finally opened up on the various fan theories and alleged leaks at the Screen Actors Guild Awards. However, we all know that he is way too smart to leak any detail at all and he would be the last person to give away a spoiler.

However, rather than clearing the doubts of the fans, Benedict Cumberbatch further intensified their curiosities. He replied, “Maybe.”

Who knows? Who knows?” he said before teasingly adding, “I do. I know.”

Benedict said that he was somehow able to dodge the questions during the promotions of Spider-Man: No Way Home as he was mostly busy re-shooting scenes for Doctor Strange in the Multiverse of Madness at that time. “It’s weird, I kind of escaped it with Spider-Man, because we were doing reshoots for Strange, I couldn’t do the tour,” he said before sympathising for Tom Holland and Zendaya who just had to deny sort of everything.

The on-screen Doctor Strange then went on to tease Marvel’s upcoming Magnum Opus a bit. He gave us a verbal taste of how grandeur a movie Doctor Strange in the Multiverse of Madness is going to be.