The Batman Early Review: Arguably the Best Dark Knight we have seen yet 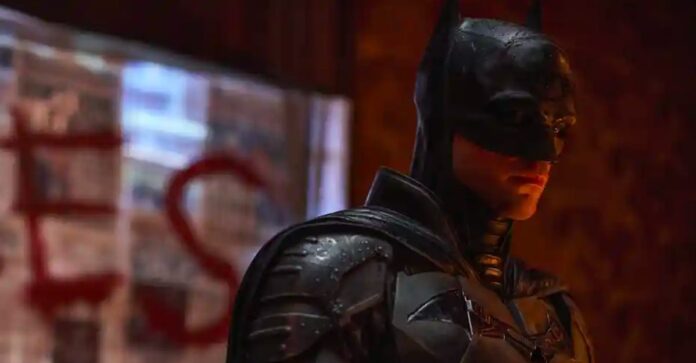 The early reviews for Matt Reeves’ The Batman are in and if they are to be believed a single bit, Robert Pattinson’s version of the caped crusader is the Darkest and perhaps the best version of the Vigilante Super hero we have seen yet.

The Batman shows a Bruce Wayne who is already two years into serving as Gotham City’s protector and he has kind of started enjoying beating up the bad guys. It shows a never before seen angle of Bruce Wayne – he’s a Billionaire who seeks fun in inflicting pain upon criminals.

Seeing and facing Gotham’s crime and problems day in and day out for the two straight years, Robert Pattinson’s Batman is broken and maybe he is doing more harm than good to the city with his methods. His entry scene depicts it perfectly. When he swoops in to save a victim from being mugged, he has a hard time distincting between his attackers and the caped crusaders who brutally hurts them.

Matt Reeves’ The Batman takes the goodness from some of DC’s previous masterclass productions. It showcases the political crimes exactly like Christopher Nolan did in the Dark Knight Trilogy, the aggression of Zack Snyder’s Batman and Joker(2019)’s setting filled with Psychological eeriness whilst adding a punch of his own. But more than anything else, The Batman is a Horror movie.

Gotham city is terrorized by a gruesome mastermind serial-killer named The Riddler who leaves a riddle or a clue with every victim he cruelly murders. But his ultimate goal is to unmask the Batman almost as he has a personal grudge with the vigilante which turns out to be true in the end. The Riddler and Batman mysteriously connected to each other. In fact, some might argue that Brue Wayne has a big role to play in the Riddler’s acts of violence which questions his methods once again. Are his actions turning more people into Super-villains evey single say?

Have you ever realized that although Batman is widely regarded as the World’s greatest detective, we have rarely seen him using that very part of his skill set to investigate something? Well, Matt Reeves’ The Batman does justice to that as Batman sleuths his way to finding the Riddler.

Zoe Kravitz, who appears as Pattinson’s Catwoman has done a nice job in the role. However Matt Reeves fails to give us a look inside her mask and we are deprived of her backstory.

However, it’s true that the 2 hours and 47 minutes run-time of the movie is a bit too stretched and it could be reduced if it wasn’t for the slow walks and long stares of Robert Pattinson. So yes, The Batman is not for everyone and some might find it to be a slow gloomy movie.

But then again, it doesn’t at all draw comparison to any any of the Marvel movies or even the recent big budget DCEU movies. Matt Reeves has created a cinematic piece of art which is not just the best Batman movie, but perhaps one of the best Comic-book movies ever made.