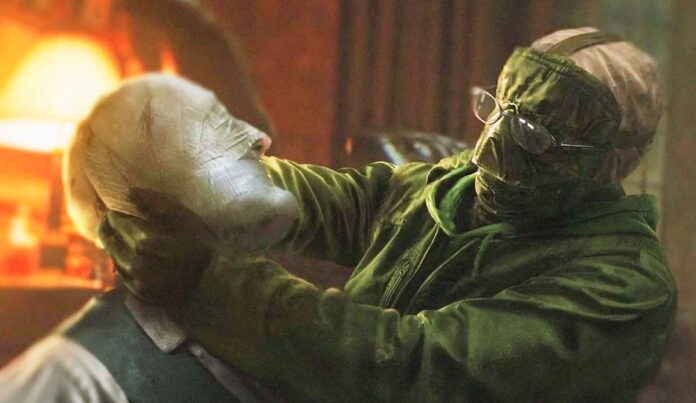 The prequel novel to Matt Reeves’ Batman (2022) was launched recently and it has made a number of astounding revelations.

Unlike any other Batman movie that the viewers have witnessed so far, Matt Reeves’ movie will portray the second year of Bruce Wayne being batman and skip the same old origin story.

It will portray a much complex character of the masked vigilante and actor Robert Pattinson has revealed beforehand that it is a ‘sad movie’ as his Batman is already broken by the crime of Gotham City. He is sort of addicted to doing what he does and he now enjoys inflicting pain upon the criminals and is himself a necessary evil of the city – Batman who doesn’t necessarily help !

Matt Reeves had announced beforehand that he wanted to stay aloof from DCEU’s extended universe and he didn’t want his version of the Batman to be destroyed by continuity.

However, that has not stopped the director from adding a bunch of iconic characters in the movie. The Batman (2022) features Cat Woman, the Riddler, Carmine Falone, Penguin and even the Joker according to rumors.

The tie-in novel that has been released, named “Before the Batman: An Original Movie Novel” takes a deep dive into Matt Reeves’ version of the Batman origin story. Interestingly, it also talks about the early life of the antagonists like Riddler and Penguin.

The Early Life of Riddler – Does he know the Batman?

The Riddler, played by Paul Dano in Batman, has been portrayed as a sadistic serial killer who has a political agenda and kills only the rich elite class of the society.

According to the Prequel, the Riddler was a orphan named Edward Nashton. He was Bruce Wayne’s schoolmate but was bullied in school. He was not as famous as Bruce Wayne in the school – in fact quite the opposite. He used to carry crosswords or puzzles with him and he was often called names like ‘Ed-weird’.

The orphanage that Riddler stayed in as a child was in the Wayne Manor. After Thomas Wayne shifted to the Wayne Tower with his family, he gave away the Wayne Manor to charity for them to continue the orphanage. However they left behind a family photo which kept on reminding Riddler of their charity’. He thus held a huge grudge for the Waynes. Riddler couldn’t stop thinking about Bruce Wayne as he was a ‘lucky rich kid’ in his words and had things that he could never attain.

The trailer suggests that he knows Batman’s identity and it is thus very personal to him. He wants to torment Bruce Wayne before finishing him.

It is difficult to predict whether the movie will use even a tiny bit of the information that has been mentioned in the Prequel but given the 3 hr length of the movie, Riddler should get a decent screen-time to reveal his plans and motives.

Also Read:- “Not your typical Batman”: Robert Pattinson suggests his version of Bruce Wayne is Unique in a negative way