Brie Larson claims Carol Denvers will be even stronger in Captain America 2 ! 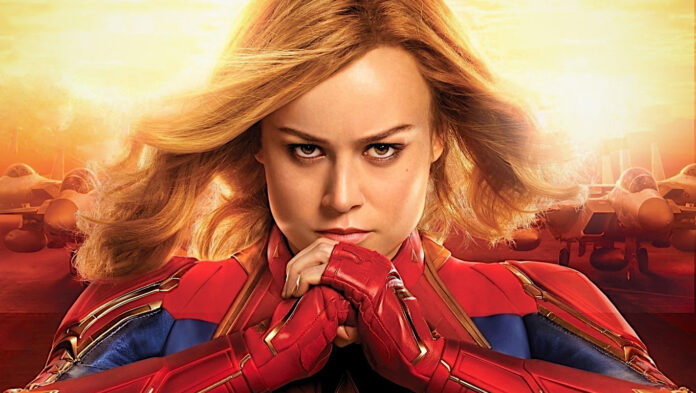 Captain Marvel (2019) introduced us with the namesake Superhero a.k.a Carol Denvers, a U.S fighter pilot who received unparalleled superpowers after an accident.

She was portrayed as one of the strongest characters in the Marvel Cinematic Universe and in the Avenger: Endgame, she almost incapatitated the Mad Titan Thanos in a fist fight. In fact Thanos had to use the power stone to stop her.

We can thus get an idea as to how powerful she is in the MCU. However, according to latest reports, the Warbird will get even more powerful in the Captain America sequel.

The much awaited sequel of Captain America will be released on 17th January, 2023. It will be called ‘The Marvels’ and will also feature Monica Rambeau – the daughter of Carol Denvers’ friend Maria Rambeau who attained Superhuman abilities in the Disney+ MCU series WandaVision.

While Captain Marvel (2019) showed the insane powers of Carol Denvers, the Marvels will reportedly take things to the next level.

Brie Larson, who plays the role of Captain Marvel has started practicing rigorously for the role and she recently shared a training video for the upcoming movie.

What Brie Larson has said about her role in ‘The Marvels’

Talking about the advancements that we might see in Captain Marvel in the sequel, Brie Larson said, “In the first film, she’s developing that strength, and so I was developing my own personal strength with this one. She’s already got more mastery over her powers. She can fly now. And so having my body more limber, more ready for these types of movements, like wirework, which I didn’t have to do as much on the first one, was the main goal.”

As Brie Larson correctly mentioned, Captain Marvel was still discovering her full potential in the first movie and now she knows how powerful she really is (we all know that after Endgame). Although the timeline of The Marvels is not known yet, it can be estimated by Brie Larson’s words that it will be set up after the final battle with Thanos as Captain Marvel is much stronger now.

Brie Larson revealed that she is challenging herself physically in her training sessions to prepare for the role. She claimed to have mastered one arm pullups and one arm pushups within a month. If that is indeed true, both Carol Denvers and Brie Larson will be much stronger in the second movie.

“I just started to get kind of obsessed with it,” Brie Larson said. “When people say, ‘Oh, girls can’t do that,’ it just makes me wanna do it even more. So there were huge accomplishments this time and I just feel like my body’s just getting more and more used to this and more and more excited. Now, it feels weird to not train. I look forward to it.”