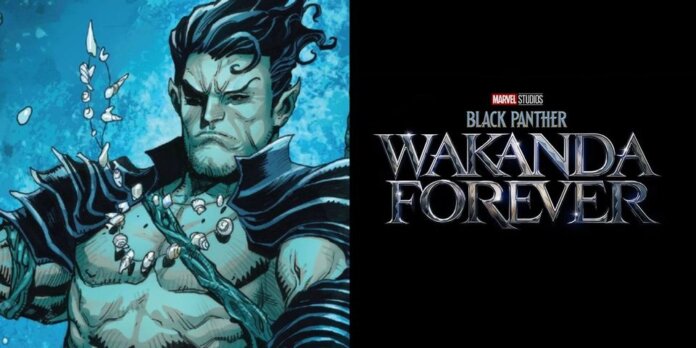 The sequel of Black Panther, i.e, Black Panther: Wakanda Forever will be released (tentatively) on 11th November 2022. The shooting process for the movie had to be delayed for the unfortunate demise of Chadwick Boseman, the actor who used to play the role of T’Challa but as we all know, the show must go on.

Therefore, some major changes were made to the script and we will probably see someone else (Mbaku or Shuri) taking up the Black Panther mantle in the sequel. Meanwhile, we have received some interesting updates about Black Panther: Wakanda Forever.

We are yet to know in which direction Marvel will go in the sequel. According to rumours, the Bast Goddess or the Bastet who is worshipped by the Wakandans will have a big role to play in the sequel and it said that she even makes a humanized appearance in it.

However, some major theories and leaked set images have pointed out a much bigger detail about the plot of Black Panther: Wakanda Forever. In many images from its sets, we can clearly see a large pool with a green screen all around and it has led some fans to think that the movie might feature a lot of underwater scenes. And we all know what that points towards – a definite chance of the hidden city of Atlantis being featured in the movie.

In the Marvel universe, Atlantis is a secret underwater society that is hidden from the rest of the World much like the nation of Wakanda. In Marvel comics, Wakanda and Atlantis are at constant wars with each other and the sequel might feature one of those wars between the two nations.

According to rumours, Marvel has appointed Mexican actor Tenoch Huerta to play the role of Namor the Sub-Mariner in Marvel Cinematic Universe. Namor is the King of Atlantis and if Atlantis is shown in Black Panther: Wakanda Forever, not showing Namor would be meaningless.

Namor’s appearance in the movie will serve two purposes – firstly because Namor needs to be introduced in the MCU and secondly because the sequel of Black Panther 2 needs a villain and Namor would be perfect for that (provided he turns good immediately action.

Meanwhile, actor Tenoch Huerta himself has given a big clue which hints that he is definitely working with Marvel for the upcoming Black Marvel movie.

Recently he posted a picture of a statue on his Instagram and wrote a Mexican text in the caption which said: “Lo que uno se encuentra en el viejo San Juan” (translated: What one finds in Old Juan). It pointed out that he is in Puerto Rico and guess who else is in Puerto Rico? It is none other than Marvel. This has confirmed our suspicion that Tenoch Huerta is indeed taking part in Black Panther 2 as Namor.

Also Read:- Deadpool 3 director teases a Hulk team up for the upcoming movie