Christian Bale reshoots his scenes in Thor: Love and Thunder 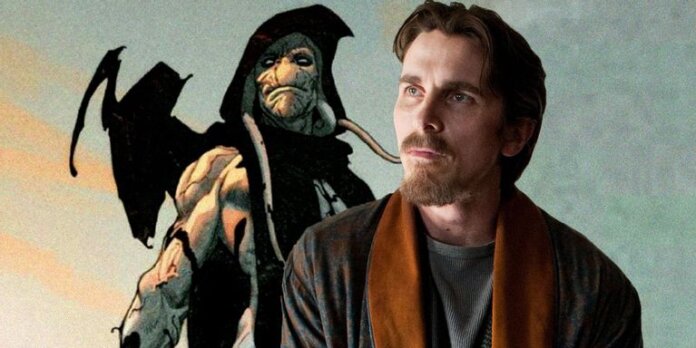 The fourth film of Marvel’s Thor franchise, i.e. Thor: Love and Thunder are set to release on 8th July 2022 but the fans are yet to get the trailer or even single official footage from the movie. If the 8th July release date is not pushed, Thor 4 will sit with the shortest time in MCU history between the first trailer and final release. Given how everything is going right for Marvel, they would not want to mess things up by delaying the release of the trailer further. However, we now finally know why Marvel has not released the trailer yet.

According to reports, Thor: Love and Thunder are undergoing re-shoots currently and some shots of Christian Bale who is playing the role of the main antagonist of this movie Gorr the God Butcher are being re-taken. And this is why the trailer release is being postponed.

This is nothing new and Marvel is pretty well known for taking re-shoots to get the appropriate footage that fits the storytelling. Recently, Doctor Strange in the Multiverse of Madness also underwent a 6-weeks long re-shoot session due to which Benedict Cumberbatch had to miss the promotion of Spider-Man: No Way Home as well. However, this is the first time that an MCU movie is undergoing re-shoots at a time when the trailer should have already been released.

What we know about Thor: Love and Thunder

Previously, some images of Bale’s look as Gorr the God Butcher got leaked on the internet but that was pretty much it and we know nothing else about the 4th film of the Thor franchise. Although this might increase the excitement of the fans, Marvel must release at least a teaser soon lest the fans stop caring about the new movie altogether.

Gorr the God Butcher is one of the most powerful enemies of Thor in Marvel comics and has a very sad backstory. Unlike the other villains, Gorr does not usually kill civilians but his mission is to eradicate the Gods.

There are a number of Gorr the God Butcher Storylines in Marvel comics but is not sure which of them will be used in Thor: Love and Thunder. However, we know this much that Natalie Portman is making her MCU return as Thor’s love interest Jane Foster who will be reportedly taking up the Thor mantle to become Mighty Thor.