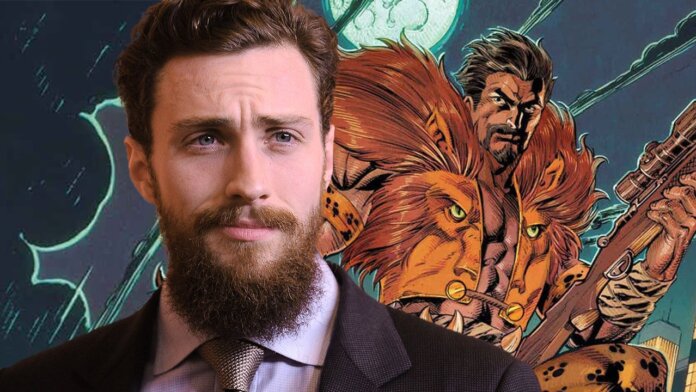 It is a known fact that Sony is expanding its Spider-Man universe after the success of Spider-Man: No Way Home. Unlike their previous strategy, the studio has now decided to focus mainly on the Spider-Man villains only and following this ground rule they have already created a successful Venom franchise while Morbius is set to release soon. They have now finalised the cast for the origin story of yet another famous Spider-Man villain – Kraven The Hinter. According to rumours, a Madam Webb movie is also on the charts and they.

According to reports, ‘Nowhere Boy’ fame ​​Aaron Taylor-Johnson who was previously seen in the MCU as Quicksilver in Avengers: Age of Ultron, has been cast as Kraven The Hunter by Sony. They are making quick progress towards the movie and shooting is expected to start soon. So could expect an early 2023 release.

Alessandro Nivola has been cast as the main villain for the movie which suggests that just like Venom and Morbius, Kraven The Hunter will also be given an anti-hero role by Sony in their universe. Unfortunately, it is still unknown as to which character Alessandro Nivola will play in the origin movie.

Kraven The Hunter is one of the most famous Spider-Man villains in Marvel comic books. He is a big-game hunter whose sole goal in life is to defeat Spider-Man to prove that he is the best hunter in the world.

Although he is usually referred to as a boastful character, he is a high sense of honour and treats his enemies with the utmost respect. He does not do what he does with any evil intention. Instead, he considers it a sport.

Kraven has always been a very complex role even in Marvel comics and it will be interesting how Aaron Taylor-Johnson plays the role. Director J.C Chandor’s vision about the character will also be important in the movie. Apart from Aaron Taylor-Johnson and Alessandro Nivola, we will also see Russell Crowe and Ariana DeBose (Calypso) in this movie.

Also Read:- Leaked images from Ant-Man and the Wasp: Quantumania set gives us the first look of Paul Rudd’s return as Ant-Man