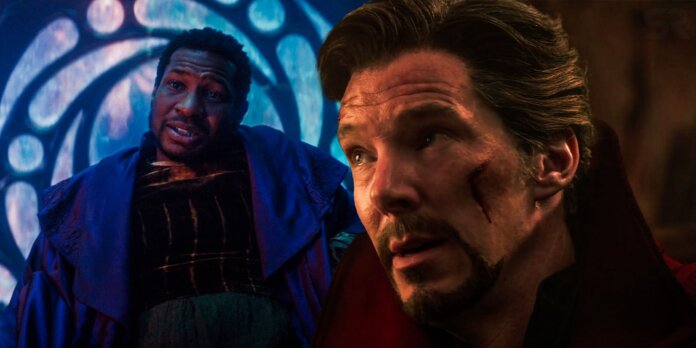 A new theory is being made every day on Marvel’s upcoming Magnum Opus Doctor Strange in the Multiverse of Madness and although most of them are fan-made and probably just imaginary, some rumours have proved to be true. The Superior Iron-Man theory, for example, started off as a rumour but after we saw leaked images of Tom Cruise from Multiverse of Madness’ set, the theory has strengthened tenfolds.

It is thus important that we scrutinise every theory about the Movie carefully because as we know, Marvel has made it a habit to listen to fan theories now (Spider-Man: No Way Home being the biggest example of the same).

The rumour that is currently being shared a lot, is regarding the mid-credit and end credit scene of Doctor Strange in the Multiverse of Madness. A scene detail has emerged about both these important scenes and although the authenticity of the reports is yet to be checked, it surely does ruffle a few feathers of every Marvel fan.

Let us first read what these rumoured post and mid-credit scenes are.

Mid-Credit Scene: Doctor Strange is sleeping after the events of Multiverse of Madness and he has a nightmare wherein he sees a ruined New York, dead Wong, Umar (Dormammu’s sister) and  Glimpse of Kang the Conquerer. He sees the third eye and hears the voice of Clea saying ‘Help me’ and wakes up immediately. According to this theory, the famous scene from the trailer where Doctor Strange wakes up from his nightmare is actually from the mid-credit scene.

Post-Credit Scene: Deadpool, Vanessa, Cable and Domino explore the headquarters of the Illuminati. Deadpool makes a joke about the bodies of Illuminati members and makes a reference to Professor X dying again.

Well, the mid-credit scene seems a little too far-fetched for two reasons. Firstly, Marvel would not like to tease Doctor Strange 3 in the same way that they teased the sequel of the franchise as it would be considered too repetitive. Secondly, characters like Umar and Kang might appear in the Doctor Strange threequel but revealing them this soon when the third part has not even started its production process is perhaps not what Marvel would like to do.

Also Read:- Leaked images from Ant-Man and the Wasp: Quantumania set gives us the first look of Paul Rudd’s return as Ant-Man