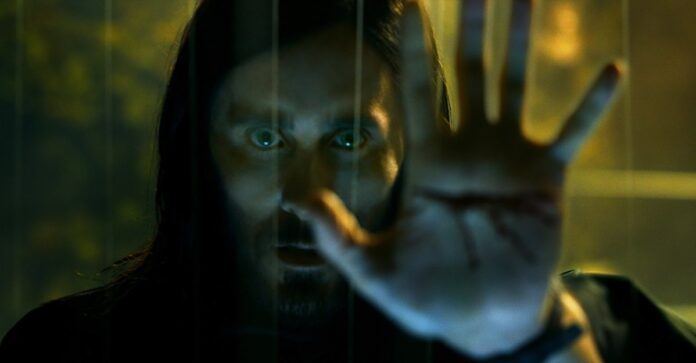 Sony released the Final trailer of Morbius last night and it has all but heightened the excitement for their upcoming Marvelverse movie. Morbius is the second antihero Marvel character that Sony has cinematized after Venom and just like Venom, he is known to be arch-rival of the much loved web-slinging Superhero Spider-Man.

Morbius was initially going to release in the theatres in July 2020 after being postponed several times, it is finally released on 1st April 2022.

The final trailer of Morbius did not give away many scenes that we had not already seen in the teaser and the first trailer. But it added just the right elements that were needed to rekindle the audience’s interest in the movie – like giving a glimpse of the negative side of Loxias Crown, who is deemed to villain in this movie and also some additional scenes of Adrian Toomes a.k.a MCU’s Vulture.

In this article, we will be reviewing the final trailer of Morbius and briefly breaking it down.

The trailer opens with the cargo scene that we saw in the first trailer as well. We learnt in the trailer that there were no traces of Michael Morbius for many months, i.e, he had disappeared after his incident with the bats. Thus, Michael Morbius is probably being brought back to his city after they found him.

We saw in the first trailer that Morbius attacked the people on the cargo and the final trailer gave us a detailed look into the action sequence and also his face (which seemed to be in a transition phase between Human and Vampire).

We then get a clear reference to what exactly happened to Dr Michael Morbius for the first time. A voice asked him: “Michael, what have you done?” to which he replied “I was trying to help people. But the cure…It’s a curse”

We were then showed a building of the Horizon Labs, which like Oscorp, Life Foundation and Stark Industries, is a leading tech and R&D company in the Marvel Universe. Although Morbius’ first trailer has also showed the skyscraper of an Oscorp building, it is highly possible that Horizon labs is the leading tech company in this universe.

It seemed like Morbius was conducting a case study on himself to identify his powers.

He was seen saying in a recorder: “I have powers that can only be defined as Superhuman.”

He added, “But there’s a cost. Now, I face a choice. To hunt and consume blood, or die,” which clearly proves the point. With this, Morbius has now himself confirmed that he needs to consume blood to survive.

The trailer also gave a glimpse of one of Morbius’ best powers – Echolocation. He saw a bus in wavy form and it suggests that Sony will be widely using this particular ability of Morbius.

Emil Nikols who is played by Jared Harris gets his first proper appearance in the final trailer. He is like a mentor for Morbius. He said to Morbius, “We all have monsters within us. It’s up to us to control it” to which Morbius replied: “What if I can’t”

Apparently Michael Morbius is arrested in the movie or he rather hands himself in and that is where he meets Vulture a.k.a Adrian Toomes. He tries to motivate or rather provoke Morbius with words like “Michael Morbius. You have been given a gift” and “Let go of who you used to be. Discover who you’re meant to be.”

It is then that Morbius breaks out of the prison.

Loxias Crown is the Villain

The most important part of the trailer was undoubtedly the one with Loxias Crown (played by Matt Smith). Loxias Crown is supposedly a childhood friend of Michael Morbius as a flashback scene of the two of them is shown. Loxias suffers with the same blood disease as Morbius and reportedly turns rogue while experimenting with the living Vampire’s blood.

He has a spine-chilling line in the trailer which goes like: “All our lives we’ve lived with death. Why shouldn’t they know what it feels for a change”

He also said to Morbius: “Just accept who you are. The Bad guy.”

They concluded the trailer with a joke.

Morbius releases in your nearest theatres on 1st April and fans from across the world are very excited for the origin story of the Marvel Anti-hero.