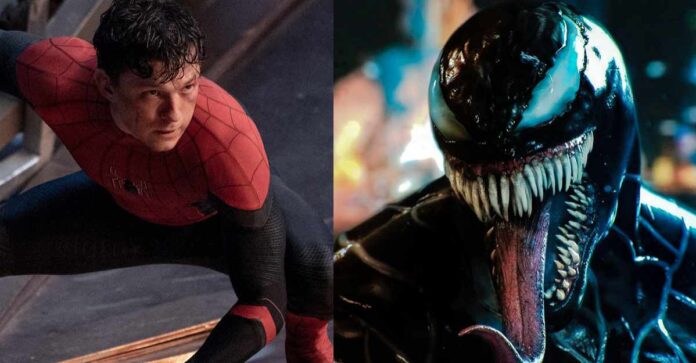 The one super-villain we missed in Spider-Man: No Way Home was definitely Venom a.k.a Venom played by the brilliant Tom Hardy. Although Marvel gave us the trio of Andrew Garfield, Tobey Maguire and Tom Holland’s Spider-Man (which by the way, was more than enough to please the audience), we missed the Sinister 6 lineup that was being teased ahead of the release.

Spider-Man: No Way Home featured 5 of the previous villains of Peter Parker across the Universe – Doctor Octopus, Green Goblin, Sandman, Electro and Lizard.

But what is Sinister 6? Well, it is a super-villain organisation started by Dr Octopus according to Marvel comics. Although the original comic-book version of Sinister 6 comprised of Doc Oc, Vulture, Mysterio, Electro, Kraven the Hunter and Sandman, its members have changed over the years and MCU’s version of the group could comprise of Doctor Octopus, Green Goblin, Sandman, Electro, Lizard and Venom. Unfortunately, the makers decided not to use Venom yet in the MCU and thus he did not feature in Spider-Man: No Way Home.

However, Eddie Brock (Tom Hardy) made a cameo in the movie in the post-credit scene. In Venom: Let There be Carnage, we saw Venom being transported to Tom Holland’s universe. Venom pointed Tom Holland on the screen and recognised him due to his hive mind. That marked the end of the movie and was a big teaser for No Way Home.

In No Way Home’s post-credit scene, we saw that Eddie Brock was confused on arriving into Tom Holland’s universe and he can’t just process what just happened. Before he could figure things out, he was snapped back into his own universe. However, a part of the Symbiote was left behind and it has opened up a plethora of possibilities for the popular Venom Character in MCU.

In a recent interview, Spider-Man: No Way Home writer Erik Sommers and Chris McKenna revealed that the post-credit scene has “left open the door open for possibilities” for Venom in MCU.

“It leaves the door open for possibilities. As opposed to just seeing him go back and not seeing any symbiote. So it just allows for some exciting possibilities in the future,” Erik Sommers said.

However, McKenna said that it was not up to them to decide and someone like Kevin Feige had to take the call.

“I have no idea. That is above our pay grade. We are part of a bigger, larger universe that we are not the gods of, we’re just mortals in. I think it was a fun idea that the sixth [member of] the Sinister Six gets stuck in a bar and doesn’t get out of there, but maybe he leaves a little something behind. Again, we’re not masters of that course of that next adventure,” he said.

Future of Venom in MCU

While many are of the opinion that now that a part of the Venom Symbiote is left behind, Spidey can use it to summon Hardy’s Venom (as we are familiar with his habit of getting himself in trouble).

The Sony-Marvel understanding will have a big role to play if that were to happen but we might see Tom Hardy playing Venom in the MCU. It’s a possibility.

However, a more interesting narrative would be Tom Holland getting in touch with the Symbiote himself. We know how Venom can corrupt its host and make him addicted to power. Given the current situation that Tom Holland is in (none of his close ones know him), it will be intriguing to see how he pulls him away from it – or will he decide not to…?

Share
Facebook
Twitter
Pinterest
WhatsApp
Previous articleWho is Batwoman? Comic origin, Powers, Weakness and Future in DCEU
Next articleMultiverse of Madness will introduce MCU’s Wolverine – But it will not be played by Hugh Jackman!