Who is Batwoman? Comic origin, Powers, Weakness and Future in DCEU 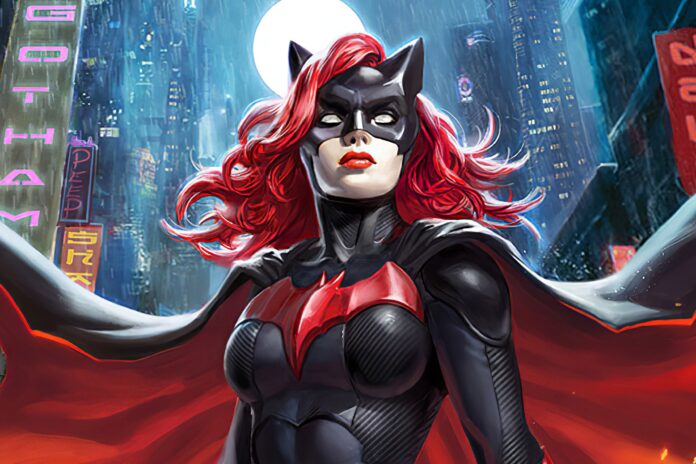 Batwoman can be depicted as DC as the answer to the feminine counterpart of their famous masked vigilante ‘Batman’. Batwoman a.k.a Kate Kane is Bruce Wayne’s cousin and like her cousin, she is also a protector of Gotham City by the night. Batwoman is one of the most loved female characters in the DC Universe and she was played by actor Javicia Leslie in Batwoman TV Series.

In this article, we shall be solely focusing on the Comic book version of Batwoman. However, in the last bit, we will also talk discuss briefly the potential future of Batwoman’s character in the DC Cinematic Universe.

Katherine “Kate” Rebecca Kane and her twin sister Beth Kane were born to a prominent colonel by the name of Jake Kane and his wife, Captain Gabrielle. As both her parents were high officials in the military, they had to move around in different parts of the world since childhood.

The family eventually settled in Brussels, Belgium where their parents joined the North Atlantic Treaty Organization.

But soon after, they met a tragic incident. When the family was out to celebrate the 12th birthday of Kate and Beth, they got kidnapped by Terrorists. The Terrorists killed Gabrielle and Beth in front of Kate’s eyes fortunately Kane was able to escape with Kate. However, the 12-year old was traumatised by the incident.

However, she was raised well by her father. Kate was both excellent in studies and physically fit. So she followed her parents’ footsteps and joined the military. She fell in love with a fellow cadet Sophie Moore but after the rumour spread, she was accused of homosexual conduct.

Instead of living a lie, Kate came out as a Lesbian, saving Sophie. She resigned from the Academy.

Kate then started travelling across the world to ‘explore’ herself. During her tour, he injured her head while sea diving and ended up at an Island named Coryana where she was saved by their tribe leader Safiyah Sohail. The two fell in love with each other that led to the island dwellers hating Kate. After a sequence of events, Kate finally left the island and returned to Gotham City.

After returning to Gotham City, Kate started maintaining a wild lifestyle. She started dating a policewoman named Renee Montoya. They dated for a while before breaking up suddenly.

Kate’s life finally changed when she met Batman. When a mugger tried to attack her in an alley, she fought the man and was going to severely harm him when Batman came and stopped her. Seeing her she realised that fighting crime made her alive. She thus came to the conclusion that vigilantism was the purpose of her life.

Kate then got herself some stolen military equipment from the black market and started operating as a vigilante in Gotham City. This went on for a year before her father Jake discovered what she was doing. At first, he was angry but later he understood her and supported her in her mission.

He then convinced her that the job she was trying to do, needed immense practice and perfection in the art of combat and war. He thus organised a training program for her that was headed by his former special forces comrades.

She trained there extensively for over three years. Her father then gave her a final mission to find out whether she was ready yet. She had to rescue a kidnapped family from the hands of Russian Terrorists who were hiding them in Pripyat, Ukraine. When she finally found the family, all of them were already dead and out of rage, she beat the Terrorist leader almost to death. At the very last second, she decided not to kill him and it was at this moment that the leader revealed himself as her father.

The hostage situation was a total setup by Kane to find out whether Kate could stop herself from killing a person out of rage. On that day, she became the Batwoman.

Perhaps Kate’s only weakness is that she has a very low tolerance to any form of drugs.

The Batwoman TV series that was released in 2019 was a massive flop. She was played by Javicia Leslie in the series.

With the arrival of Catwoman in Matt Reeves’ Batwoman and the rumours that DC is set to introduce more and more female characters in its Cinematic Universe, it can be assumed that they have something planned for Batwoman as well. However, no potential project has been announced yet.