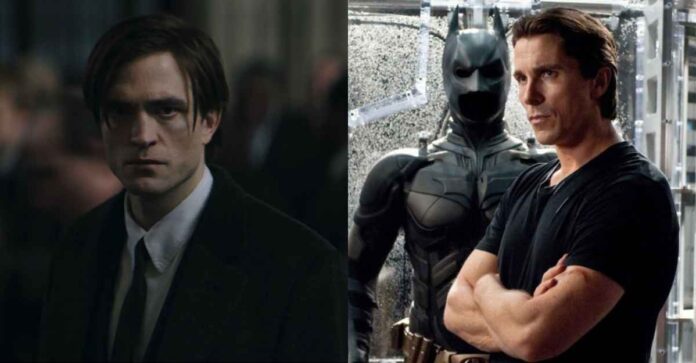 Batman’s voice is an important attribute of his character. Ever since the character’s origin in DC Comics, Bruce Wayne used a serious and gravelly voice when he put on the Batman suit. This served two purposes – intimidating his opponents and protecting his identity.

Robert Pattinson, who plays the Masked vigilante in Matt Reeves upcoming Magnum Opus ‘The Batman’, recently revealed that he had a hard time developing his Batman’s voice.

Over the years, many actors have played the role of the caped crusader on the Big screen. All of them have more or less tried to keep the same voice. However, Pattinson tried to do something different.

Instead of the gravelly voice which has been the cliche for Batman’s voice over the years, Robert Pattinson tries a whispery voice. Unfortunately, it turned out to be horrible and he was asked to stop it by the director.

Robert Pattinson on his Batman Voice

Speaking with late-night host Jimmy Kimmel on this topic, Robert Pattinson said, “I actually found out a funny thing about it, because I wanted to do a radically different thing to all the other Batman [sic] and I started in a kind of — I just thought that because everyone has this kind of gruff, gravelly thing — I’m like, I’m going to do the opposite and going to go really whispery. And I tried to do it for the first two weeks and it just looked absolutely atrocious. And they told me to stop doing it.”

However, he was not the only Batman actor to have suffered from this problem. Turns out, Christian Bale, who was the Batman in Christopher Nolan’s Trilogy also tried a whispery voice at the beginning which was later changed. You can even hear that original voice if you listen to the first trailer of Batman Begins carefully. Nick, who was putting Pattinson in the suit every day revealed it to him.

Pattinson said that when he finally got the voice right, he knew instantly that this was it. “You can feel when it feels right. You put the suit on and you have to speak in a certain way,” he said.

The actor also revealed that he struggled to keep the same tone in scenes where Batman had long dialogues.

You can hear Robert Pattinson’s Batman voice in the trailer that was released a few days ago. The movie will be released worldwide on 4th March 2022.