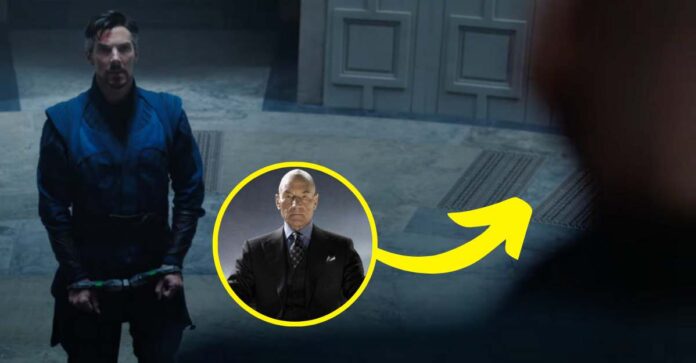 Ever since the trailer of Doctor Strange in the Multiverse of Madness was released, the fans are going crazy regarding every minute detail and easter egg shown in the movie in search of answers regarding what we could possibly see in Marvel’s upcoming Magnus Opus. The trailer teased many big possibilities but the biggest of them was undoubtedly the MCU debut of Patrick Stewart as Charles Xavier a.k.a Professor.

Although the face of Patrick Stewart was not revealed in the trailer, a voice was heard in the Illuminati headquarters scene. He said to the handcuffed Doctor Strange: “We should tell him the truth”. And fans did not need a second guess to understand that it was indeed the voice of Patrick Stewart.

Although the fans are totally sure that the voice heard in the trailer was that of Patrick Stewart, the actor himself denied any ties with Doctor Strange in the Multiverse of Madness.

He said that ever since he started acting, many people have been imitating his voice and it could be a similar case.

“You know, people have been imitating my voice ever since I came on the stage 60 years ago,” he said. “So, I can’t be held responsible for that.”

In another interview, he said, “we’ll have to wait and see, won’t we?”

“I don’t look at a lot of social media, and that is mostly a time issue,” said Stewart.  “But I must say, before bedtime on Sunday evening, I’d had plenty of communications from friends and some people I hardly knew at all, making reference to, ‘Ah, is that you? Is that you? Well, of course, you know, I was just at home, waiting to watch football. So, how could it possibly have been me? So, we’ll have to wait and see, won’t we?”

Logan (2017) was the last movie of the X-Men franchise. Both Patrick Stewart and Hugh Jackman were featured in that movie. Stewart revealed that after that movie, both of them had decided never to re-appear as those characters in any Superhero role.

Will Patrick Stewart as Professor X appear in Doctor Strange in the Multiverse of Madness?

Share
Facebook
Twitter
Pinterest
WhatsApp
Previous articleRobert Pattinson reveals he made the same mistake as Christian Bale while trying out Batman’s Voice
Next articleSuicide Squad and Teen Titans Academy Comics cancelled by DC: Here are the details about the final issue