Suicide Squad and Teen Titans Academy Comics cancelled by DC: Here are the details about the final issue 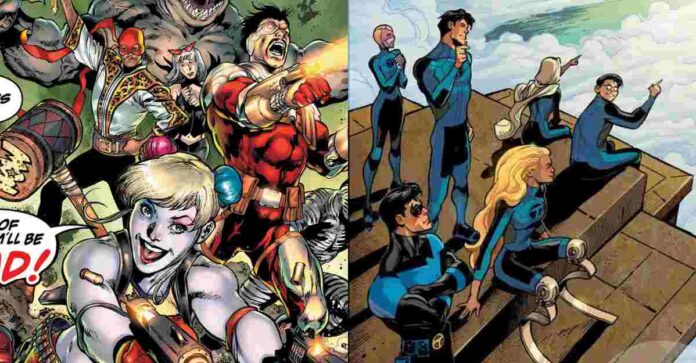 The Suicide Squad and Teen Titans Academy have been two of the most easily accessible group of Superheroes in DC Comics. However, according to many rumours, their stay in the DC Comics was finally to an end and it might be the last time that we witness both the Superhero groups. Teen Titans Academy writer Tim Sheridan himself confirmed this news today.

While Suicide Squad has already made an appearance in two movies, Teen Titans Academy has not had that privilege. Although, the group can very well make their DCEU debut in the years to come.

It was earlier believed that Teen Titans Academy and the Suicide Squad would make an Earth-3 Crossover for the next big war.

The Final issue comic of Teen Titans Academy (#15) is written by Tim Sheridan reads, “In the shadow of the new Titans Tower, the students and faculty decide whether the school is the right place for them,” on the cover page. It will start being available in stores on 3rd May.

The final issue of Suicide Squad (#15) written by Dennis Hopeless, on the other hand, reads “Through space and alternate Earths, this version of the Squad has tried to free themselves from Waller’s clutches. In the series finale, they risk everything for freedom one last time.”  It will start being available in stores on 24th May.

But what are these two comics all about?

The Suicide Squad on the other hand is a team of DC’s bad-boys or rather their anti-heroes like Peacemaker, Bloodsport, Harley Quinn, etc. In the final issue, we will see the Peacemaker leading the Suicide Squad. The teams will contain characters like Bloodsport, Nocturna, Black Siren, Match, Ambush Bug, etc.