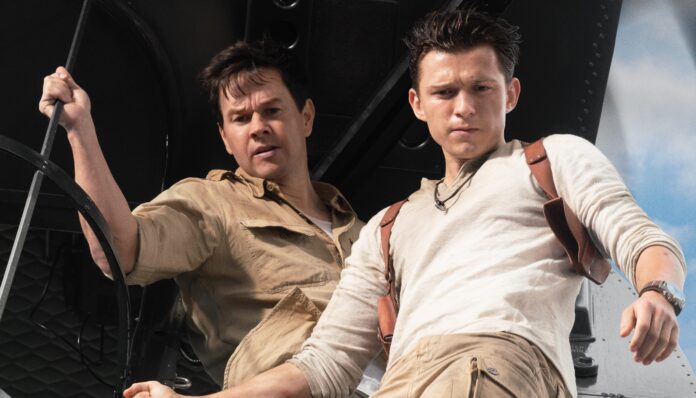 Ruben Fleischer’s Uncharted (2022) has been a failed attempt at turning the famous namesake PlayStation video game into a blockbuster Hollywood hit. Spider-Man fame Tom Holland and Mark Wahlberg’s brilliant performance was unfortunately not enough to pick the ratings of Uncharted up and it has started off with a crashed landing at the Box-office.

The concept on which Uncharted was made

Uncharted was originally released as a PlayStation video game back in 2007. It focuses on a character named Nathaniel Drake (Nathan Drake according to the movie), who travels across the world to uncover various historical mysteries. The Columbia Pictures movie is based on the same concept, with, of course, some extra spice.

Uncharted: Plot and the Good and Bads about it

The movie loosely focuses on a bounty hunt involving the main character Nathan Drake (played by Tom Holland) and fortune hunter Victor Sully Sullivan (played by Mark Wahlberg). The two main leads go out in pursuit of billions of dollars of gold that was hidden by Portuguese explorer Ferdinand Magallan around 500 years ago.

Although having bits and pieces of some terrific action sequences – like the beginning scene where Tom Holland hangs from a floating cargo on a flying aeroplane, you can count them by your fingers. However, they do the required job of providing some adrenaline rush to the fans.

The movie tried a lot to force humour through the bickering between the two main characters but none of the sadly worked. Instead, the annoyingly high frequency of those scenes only bored the spectators if anything. Ironically, the few good humorous scenes that we saw in the trailer were edited out of the main movie.

The movie can be defined in one word as an amalgamation of Netflix’s Red Notice and some other movies of the Jungle Bounty hunt genre like Jumanji, Jungle Cruise and Journey 2 The Centre of the Earth

There are many things that Uncharted could do better. But the one thing in the movie that was flawless was Tom Holland’s performance. But he could not carry the film entirely on his young shoulders.