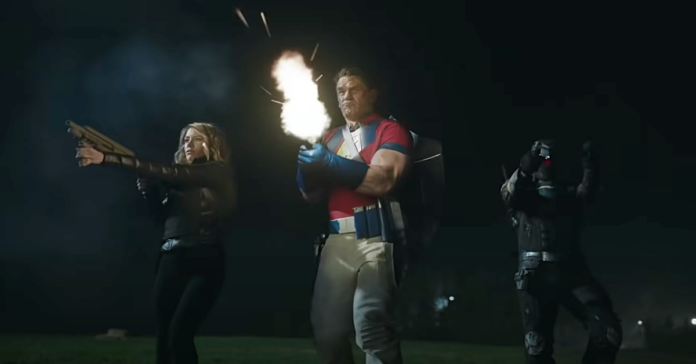 Peacemaker’s Season finale (Episode 8) is finally out on HBO Max and it will be right to say that Director James Gunn has given a fitting end to the much-loved show. The renewal of the show for season two is now confirmed and James Gunn will return as the director and writer. Fans are intrigued by the sequel especially after watching the season finale that kept them on their toes for the entirety of it.

Christopher Smith’s character has been completely transformed in the journey of the eight episodes of season 1. Peacemaker, who was originally the antagonist of The Suicide Squad has been edified and humanised in this show and episode 8 explains gives the perfect visualisation for that.

Episode 7 (“Stop Dragon My Heart Around”) was centred around Christopher’s relationship and struggles with his father and set up the battle against the Butterflies. Episode 8 (“It’s Cow or Never”) was a continuation and the conclusion of that battle.

Project butterfly much expectedly lived up to its name. With Murn dead and Chris losing his trust in the team, the uncertainty between the team members has been portrayed clearly. The relationship between Leota Adebayo and Peacemaker has been focused on particularly and the chemistry between Danielle Brooks and John Cena is amazing. From Chris and Adrian making farting noises when Adebayo tried to apologize to Adebayo confronting Chris about his vow to kill only for peace, it was a joy to watch them break down their bond. It also led Peacemaker to introspect himself yet again.

The helmets scene that followed was the most hilarious scene of the episode according to many. With Waller unable to send backup to the team when they reached the rach, they tried to stop the Butterflies from transporting the cow in some other way. They thus used Peacemaker’s helmets to come up with a plan. When they lost an important helmet due to Eagly, the team spread out in the woods to find it. But that was when Peacemaker started hallucinating about his father Auggie. Auggie was rebuking his son from his grave and the Peacemaker ended up attacking him.

The team finally found the helmet and they sent Economos disguised as an officer butterfly to put the helmet at a location. The butterflies eventually found the true identity of Economos and almost killed him but the sonic boom helmet did its work. It took down the ranch and stopped the cow from being teleported.

It was followed by a kickass action sequence between the team and the butterflies. Peacemaker, Vigilante and Harcourt did a terrific job killing loads of butterflies at a go but they were still outnumbered.

The fight scene also showed Adebayo donning a Peacemaker helmet to save Chris.

They learn that the butterflies, just like Peacemaker, thought that they were saving the world as they had taken a vow similar to Peacemaker’s. They make Chris an offer to complete his vow but he politely declines and throws Adebayo as a torpedo to kill the cow.

After the Battle has finally ended and Peacemaker has emerged victorious, the Justice League makes a surprise appearance but they are sadly too late.

“You’re late you fucking dickheads,” Chris yelled at them before saying “Go fuck another fish asshole,” to Jason Momoa’s Aquaman and walked away.

Aquaman said to the Flash, “I’m so fucking sick of that rumour” who replied, “It’s not a rumour. Aquaman concluded their cameo by saying “Fuck you, Barry”.

Although Superman, Flash, Aquaman and Wonder Woman were all shown, only Ezra Miller as Flash and Jason Momoa as Aquaman made an appearance.

The team is shown to be hospitalized. Adebayo decides that he has to expose her mother and she and Peacemaker come to terms. Chris also says that Abedayo is his BFF (Best Friend Forever), obviously after Eagly. The team finally goes their separate ways to expose the Task Force.

Chris befriends Goff who comes to pay him a visit often and the hallucination of his father Auggies continues to visit him too.

James Gunn thus finally gave closure to Chris as Peacemaker. He finally comes to terms with his dark past and although he is still haunted by his father, he is at peace with who he is. It would be very interesting to see what James Gunn has in store for the character in the second season.