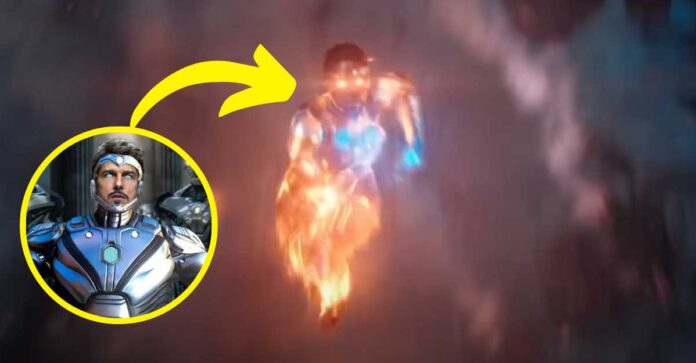 There have been many theories about the identity of the mysterious glowing figure that was shown in the trailer of Doctor Strange in the Multiverse of Madness. Many fans initially thought that it could be an alternate version of Captain Marvel or perhaps the famous Fantastic 4 member Johnny Storm a.k.a Human Torch who was played by our very own Captain America actor Chris Evans in 2005 and 2007 Marvel movies. However, famous Comic book writer Tom Taylor might have just revealed the true identity of the mysterious glowing figure through his recent Facebook post.

Tom Taylor is a famous American comic book writer. He has worked for both DC and Marvel. Although he currently works extensively with DC Comics (his recent work with them being “Superman: Son of Kal El”, he had also been the mind behind many extremely popular Marvel characters including Superior Iron-Man.

After the Multiverse of Madness trailer teased a possible appearance of the Illuminati in the upcoming movie and showed a bunch of Iron Legions accompanying Doctor Strange to a trial room, rumours of Superior Iron Man’s appearance in the movie was spreading like wildfire.

According to Marvel Comics, Iron-Man was the founder of the Illuminati and thus it would be a fitting explanation to bring Tom Cruise’s version of Tony Stark to the MCU.

Superior Iron-Man was the Glowing thing that attacked Wanda?

However, many fans also believe that the glowing figure that was shown attacking Wanda Maximoff in the Illuminati headquarters in the Multiverse of Madness trailer could be Superior Iron-Man who was trying to stop her from breaking or destroying the facility. And writer Tom Taylor has kind of confirmed this theory.

He revealed that Superior Iron-Man’s Endo Sym armour was originally designed to turn red and orange when he was angry. “Lots of people asking me about Superior Iron Man after the trailer for Doctor Strange in the Multiverse of Madness. I have no inside information but when Yildiray Cinar and I created Tony Stark’s Endo-Sym armour, it *was* designed to glow red/orange when he was angry,” Tom Taylor wrote through a Facebook post.

Previously, all clues pointed out to the figure being Captain Marvel or Monica Rambeau who could go binary and could appear exactly like the being shown in the trailer.