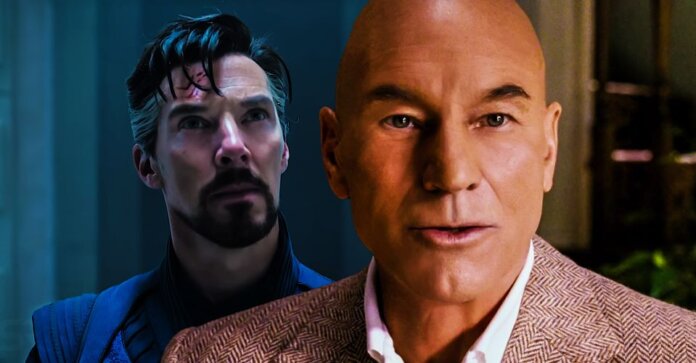 In the trailer of Doctor Strange in the Multiverse of Madness, we heard the voice of Patrick Stewart (who played the role of Professor X in FOX Studios’ X-Men series) in the scene where a handcuffed Doctor Strange was brought into what seemed like a trail room. He said ‘We Should tell him the truth” and although we could not see his face, the fans did not need a second guess to be sure about the fact that it was indeed Patrick Stewart.

The actor himself has more or less admitted the fact that he is in the movie and it is confirmed. However, while talking about the movie and his character he made a very interesting point. He said that he personally does not think that Professor X should trust Doctor Strange irrespective of how good his intentions seem to be.

He is not wrong, to be honest. Professor X might be an omega level telepath but even his powers are not enough to contain Doctor Strange. Professor X is usually used to being the smartest person in the room. However, Doctor Strange is after all one of the strongest beings in all of the Marvel Universe and the Professor would not want to mess with him or let him free.

Firstly, Doctor Strange is already responsible for causing mayhem in the Multiverse. Moreover, the Illuminati have probably also seen some evil variants of Strange in the past (like Evil Strange who will appear in the Multiverse of Madness) and thus Professor X, if given a chance, would want to keep Doctor Strange locked up exactly like what we saw was done to America Chavez in the TV Spot trailer.