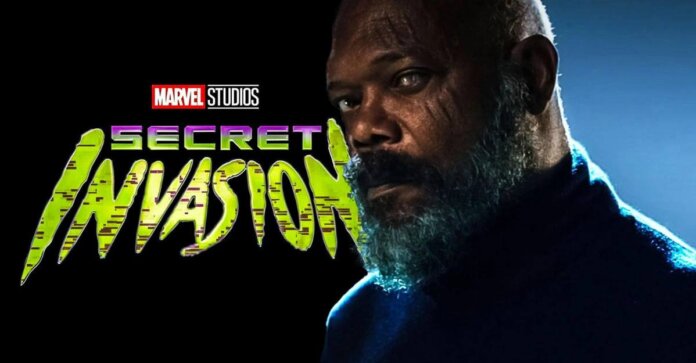 Marvel’s Secret Invasion is one of the most anticipated MCU Disney+ series which is set to be released either in the latter half of 2022 or at the beginning of 2023. The Disney+ series will be loosely based around its namesake Marvel Crossover comic book which narrated the storyline of a long-term Skrull invasion of the earth in which the shape-shifting aliens had secretly replaced some of the Earth’s mightiest heroes as imposters.

Nick Fury, the former head of S.H.I.E.L.D will be one of the lead characters in the series. It will be 6-episodes long and according to rumours, it might set up the studio’s upcoming big-budget movie ‘The Marvels’ which is the sequel of Captain America (2019).

In this article, we shall take a look at the Confirmed and Rumoured cast of Secret Invasion.

Samuel L. Jackson returns in the role of Nick Fury in Secret Invasion. This will be the first time we see him in a Marvel project after Spider-Man: Far From Home. Well technically that was just a Skrull pretending to be Nick Fury and in that case, we last saw him in Captain Marvel.

In Spider-Man: No Way Home, there was a big reference to Nick Fury when Peter said to his investigators that Nick Fury was with throughout his beef with Mysterio. The investigator replied to him that Nick Fury has been off the world for over a year. According to various theories, Nick Fury is with the Skrulls in a Space Station, exactly like we saw in Captain Marvel.

In the post-credit scene of WandaVision, a Skrull imposter told Monica Rambeau that somebody in the space was waiting for him and it is Nick Fury in all likelihood. Secret Invasion will be the first major Marvel Project where the former S.H.I.E.L.D head will be the main lead.

Ben Mendelsohn played the role of Talos in Captain Marvel. Talos is a Skrull general who befriended Captain Marvel and Nick Fury and using their help, saved the Skrull refugees from the Kree Empire. We know from Marvel comics that not all Skrulls are good but Talos is one of the Skrulls who we can trust in the MCU. He is an ally of Nick Fury and can be of great help in his attempts to stop the Skrulls from invading Earth.

Maria Hill, the character played by Cobie Smulders in the MCU, is one of the most trustworthy associates Nick Fury. We first saw her first in Avengers (2012) and she has since then been portrayed as one of the right-hands of Samuel L. Jackson’s played character. We have rarely witnessed a scene where Nick Fury is without Maria Hill and they even blipped together in the post-credit scene of Avengers: Infinity War.

It is now sure that Emilia Clarke will be playing a major role in Secret Invasion but Marvel is yet to announce exactly which role it is that she will play.

The Game of Thrones fame actress has been seen in the sets of Secret Invasion in many leaked images and in one scene she was even facing an alien-like creature.

Emilia Clarke herself announced on a show a few months ago that she will appear in the Marvel TV series and we are likely to get an update on her character soon.

According to some rumours, Emilia Clarke might play the role of Veranke who serves as the Queen of Skrull Empire. However, the looked shots from the movie have shown her in ordinary human form. Although the rumours can not be verified yet, it is most probably true.

Agent Everett K. Ross is a CIA agent and former Task Force commander. We have previously seen him in Captain America: Civil War and Black Panther.

He was assigned the task of keeping track of all the activities of the Avengers in Civil war after the Sokovia Accords. After the end of all the events in that movie, he put Zemo behind the bars and went after Ulysses Klaue on another mission and was mortally wounded by Erik Killmonger. He was then brought to Wakanda by Black Panther and Shuri healed him.

He is expected to next appear in the Black Panther: Wakanda Forever which will be the second movie of the franchise.