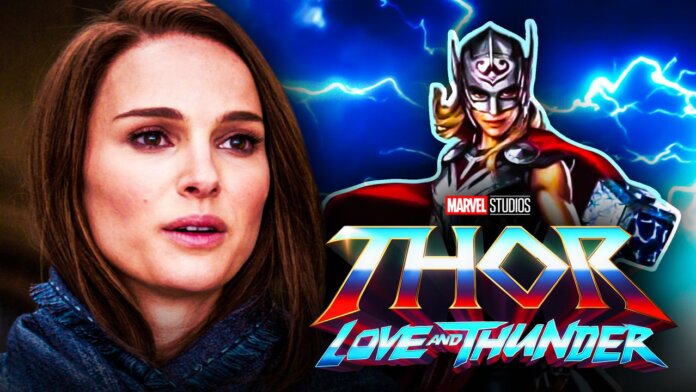 Marvel is yet to release the official trailer of Thor: Love and Thunder but rumours about the alleged future of the Thor franchise have already hit the roof. According to recent reports, The Mighty Thor, played by Natalie Portman, will get her separate Disney+ MCU series, the production of which will start soon after the release of Thor: Love and Thunder.

All we know about the Mighty Thor

First things first, who is mighty Thor? Well, Mighty Thor is a version of Thor that emerged after his beloved girlfriend Jane Foster took up the mantle of the Superhero. If rumours are to be believed, this storyline will be one of the major plots in the upcoming Thor movie alongside obviously the debut of Gorr the God Butcher in the Marvel Cinematic Universe.

Marvel Comics introduced the Mighty Thor series only a few years back in 2015. According to that storyline, Jane Foster lifted Thor’s Mjolnir and got transformed into the Goddess of thunder, the Mighty Thor. She virtually replaced Thor as the protector of Asgard’s Ten realms. Her only problem was that her mortal form was suffering from cancer.

While we know that Marvel usually tweaks its comic-book storylines a bit when they are turned into movies, it is hard to guess how much they will change the Mighty Thor storyline as there is they will face a number of problems in it. Firstly, MCU’s Thor wields the Stormbreaker and his Mjolnir has been broken. So it would be fascinating to see which is the mystical hammers Jane Foster lifts. Will the Mjolnir make a comeback in Thor 4?

Mighty Thor has had several storylines over the years including the one time when she sacrificed the Mjolnir in a fight and one where she became Thor before becoming the Mighty Thor.

According to the reports, the post-credit scene of Thor: Love and Thunder will tease the solo Disney+ MCU series of Jane Foster. We have seen on various previous occasions that mid-credit and post-credit scenes of famous Marvel movies were leaked before their release and thus we can not ignore any possibility.

Marvel is lately focusing on its female characters. Shuri, Wanda Maximoff, She-Hulk and Jane Foster, America Chavez, Kate Bishop and Yelena Belova are all set to get big Marvel projects in days to come.

Also Read:- Deadpool was supposed to have a cameo in Shang-Chi! Concept art makes big Revelation