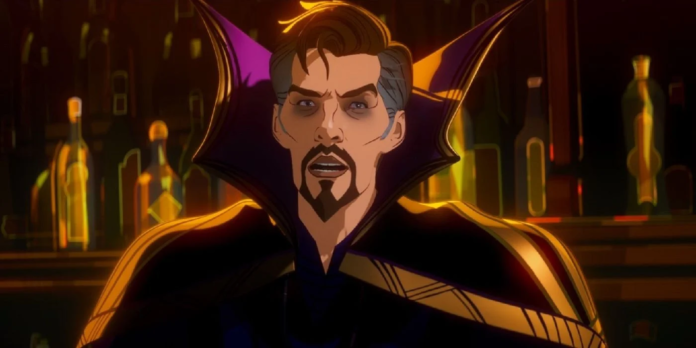 It is not unknown that Doctor Strange is one of the most powerful beings in the Marvel Universe. According to the Ancient One, Strange is destined to be the best among all the practitioners of Mystic Arts and his eidetic memory and keen eagerness to learn gives him an edge over any other sorcerer in the world.

In issue 18 of Marvel’s comic-book series ‘What If?’, an alternate version of Doctor Strange turns to dark magic and started working under Dormammu to gain an insane amount of powers. In this alternate reality, Stephen Strange was a very rude Doctor who cared more about his Patients’ wealth than their health and when he went to the Ancient One to ask her to cure him after the accident, the Ancient One refused to do so.

As a result, he joined hands with Dormammy and killed Baron Mordo. He also broke Dormammu’s sister Umar free from her dimensional prison. Dormammu says that this version of Doctor Strange is a means to break down the gates of order.

Sorcerer Extreme is a version of Doctor Strange that possesses Frank Castle a.k.a the Punisher in the Secret Wars Battleworld Storyline. He basically has the powers of both Doctor Strange and the Punisher and uses magically enhanced guns and weapons to slay his anemy.

The Sorcerer Extreme is insanely powerful and he has killed Hulk, Wolverine, Spider-Man and also the Ghost Riders who are considered to be one of the strongest characters in the Marvel Universe.

This version of Doctor Strange created the Battleworld alongside God-Emperor Doom and in fact, he himself had the opportunity to become God-Emperor himself but turned down the opportunity. We can thus understand how powerful he was. He also has a lot of political powers and he also runs a police force of the Thors called the Thor Corps.

In Doctor Strange #381, Strange is rendered almost powerless when Loki took his abilities and himself becomes the Sorcerer Supreme. In an order to make an unexpected comeback, Doctor Strange learns about the World Tree or the Yggdrasil tree and sacrifices himself to get powers as he had never possessed before and thus became an Asgardian God himself.

We witnesses Strange Supreme in the animated Disney+ MCU series ‘What If…?’’s episode. An alternate version of Stephen Strange who had lost his love Christine Palmer instead of his hands turns to dark magic to be powerful enough to be able to change an absolute point in time. He is successful to do so but in the process, he wipes out all of existence in his universe.

However, the powers that Strange Supreme bestowed are perhaps one of the best we have seen so far and thus he ranks this high on the list.

The Black Priests is a very powerful group of Magicians in the Marvel Universe that has the responsibility to maintain the sanctity and balance in the Multiverse. They destroy some versions of the Earth to maintain a balance in the Universe but unlike Galactus, they have good intentions.

Doctor Strange became a member of the Black Priests in a storyline and could change reality to whatever he wished like with his new powers. He was the strongest of all the other Black Priests as he could speak in full words unlike the other who could speak only one letter and could only stand against Strange as a team.

He has the combined powers of both the powerful characters and is thus almost unstoppable. He might very well be considered to be the Strongest sorcerer ever in a Superhero Studio.