Across the Spider-Verse producers tease Holland, Garfield and Maguire cameos 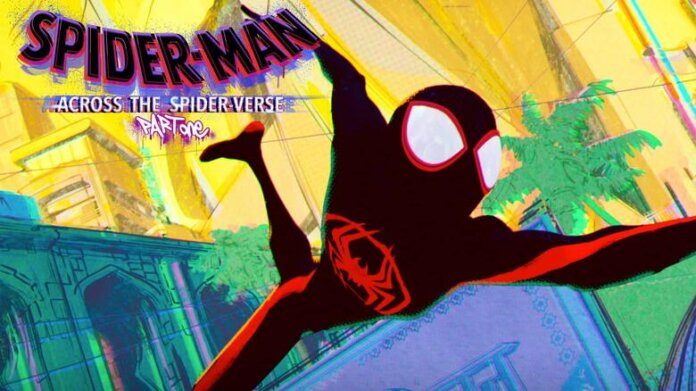 Marvel’s animated movie “Spider-Man: Into the Spider-Verse” which featured Miles Morales and a bunch of other versions of Spider-Mans was officially their first project to show the concept of Multiverse, long before Marvel’s “What…If?”, “Loki” and obviously, “Spider-Man: No Way Home”. The sequel of the much successful 2018 animated movie is expected to release on 7th October 2022 and its producers have given away a huge teaser recently which you must know.

Phil Lord and Christopher Miller are the producers and co-writers of Spider-Man: Across the Spider-Verse. In a recent interview, on being asked about the possible appearances of the three MCU Spider-Man actors – Tom Holland, Andrew Garfield and Tobey Maguire, both of them refused to confirm the theories but they also did not rule out its possibility.

Miller went on to tease that “all things are possible in the Multiverse” while Phil Lord joked “RIP my mentions” as he is sure that Millions of Marvel fans will now start tagging them because of this teaser.

What the Producers of Spider-Man: Across the Spider-Verse have said

“The Multiverse is big and wide. And all things grow… Why would you think a Multiverse, in which many things are possible, that [those things are] not related?” Miller said suggesting a possible expansion in the Spider-Verse. However, Phil Lord pointed out that an MCU/Spider-Verse crossover is off the tables at all points but apart from that anything is pretty much possible.

Famous actor Oscar Isaac, who also plays the role of Moon Knight in the MCU, will voice the character of Spider-Man 2009 or Miguel O’Hara, who was teased in the post-credit scene of Spider-Man: Into the Spider-Verse.

It must be noted that MCU’s Spider-Man of the current timeline, i.e, Tom Holland, had once shown interest to appear in one of the Spider-Verse movies at some point in time but he will need the permission of Sony to do so.

As Doctor Strange said in Spider-Man: No Way Home, the “Multiverse is a concept about which we know frighteningly little.” The Spider-Verse is a place where we can explore the vast possibilities of the Multiverse without any repercussions and so…why not?