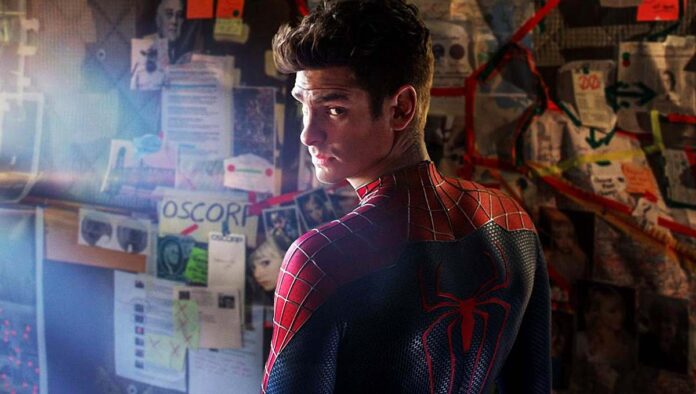 Spider-Man: No Way Home was one of the most special MCU movies of all time for age-long Marvel fans. It brought the Spideys of three different timelines – Tobey Maguire, Andrew Garfield and Tom Holland together for the first time ever and fans were left to tears after seeing the three versions of their favourite childhood Super-hero together on the big screen. It understandably broke many Box-office records and it became one of the biggest hits in MCU history.

The movie gave us numerous scenes to cherish for years to come and fans discussing No Way Home easter eggs even 2 months after its release only proves the point.

While Spider-Man: No Way Home witnessed a stellar performance for all three Spider-man actors, it was particularly groundbreaking for The Amazing Spider-Man star Andrew Garfield.

Sony’s The Amazing Spider-Man was one of the least liked versions of the web-slinging superheroes. Despite a brilliant performance by Garfield in both the movies, he was not enough to carry the disappointingly poor storyline. After the failure of the second movie of the franchise in the Box-office, Sony called the off threequel and Andrew Garfield’s Spider-Man never got closure.

However, the actor totally redeemed himself with Spider-Man: No Way Home. His sensational performance was loved by fans across the world and some even went to the extent of saying that he was the best out of the three. The scene where Garfield’s Spider-Man saved MJ and finally got over his failure to save Gwen Stacy in The Amazing Spider-Man 2, was perhaps the best scene in the entire movie.

After the release of Spider-Man: No Way Home, fans trended #MakeTASM3 (Make The Amazing Spider-Man 3) to tell Sony Studios that Andrew Garfield deserved a final solo movie after his stellar performance in No Way Home.

In fact, there are rumours that seeing the growing popularity of Garfield’s Spider-Man, Sony might actually consider re-casting him as the web-slinging superhero of their Universe.

What Andrew Garfield has said

Unfortunately, we might have bad news for fans as the actor himself has said in a recent interview that there are no plans for him to return in the suit anytime soon.

However, he himself admitted that probably nobody is going to believe anything that he says anymore due to his lies ahead of Spider-Man: No Way Home’s release.

Andrew Garfield is a pretty good liar. He was able to lie about his presence in No Way Home for six full months and it made his appearance in the movie even more special – just like it should have been.

However, it had a negative impact as well as no one will ever believe anything he says in an interview anymore. So Sony might even be planning to make TASM3 with Andrew Garfield but he would be the last person to leak it.

Also Read:- Bruce Campbell teases the appearance of an ‘Age-old Beloved character’ in Multiverse of Madness