The Secret behind Ms Marvel’s Powers in MCU – REVEALED 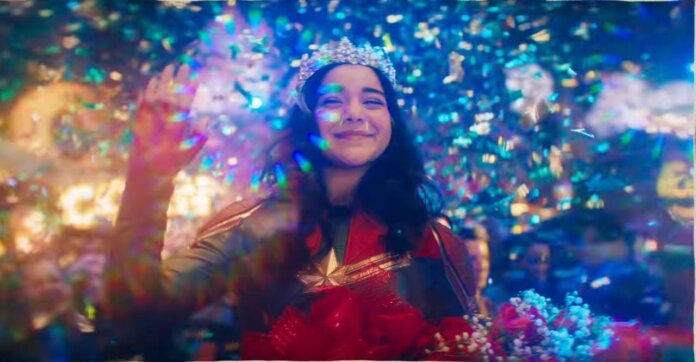 The trailer of Marvel’s much-awaited series Ms Marvel featuring Kamala Khan has finally been released and fans are all but curious about the origin of her powers. The young Superhero seemingly has a wide range of powers but as this is her first appearance in the MCU, fans barely know anything about her. Thus in this article, we shall be talking about the real reason behind Ms Marvel’s powers.

Well, to begin with, Marvel has decided to change the sources of Kamala’s powers in the Marvel Cinematic Universe. According to Marvel Comics, Kamala Khan is unhuman and that is where she gets her superhuman abilities from. She had Inhuman lineage and was activated by the Terrigen bomb upon being exposed by the Terrigen Mist.

Marvel decided to go down a different route as far as Kamala Khan’s Superhero abilities’ origin is concerned as fans are not yet much aware of the Inhumans in the Marvel Cinematic Universe and their fate will be reviewed later. However, the prime concern right now is safeguarding the interest of the Public in Ms Marvel and thus they decided to go off the book and introduce a Bangle as the source of Ms Marvel’s true powers.

The trailer of Ms Marvel shows Kamala Khan wearing a futuristic bangle and this was what gave her all those Superpowers to begin within the Marvel Cinematic Universe.

In Marvel comics, Nega-Bands are Kree empire artefacts that were originally given to the first Captain America, Mar-Vell. The bands passed on from one hand to another after his death before finally reaching the able hands of the current day Ms Marvel, Kamala Khan.

The Powers of Nega-Bands include Energy manipulation, flight, teleportation, Super durability and gives its owner the fat to change in between the song.

Kamala’s powers in the MCU

In Marvel comics, Nega-bands usually come in pairs but we saw Kamala wearing only one of them in the trailer. Wearing just one band also gives the wearer powers but only partially and anyone who holds both bands can be considered to be one of the most powerful beings in the world as the Nega-bands are Omega level weapons.

Probably we will be seeing Kamala searching for the other band at some point in the first season or the sequel of Ms Marvel. Currently, Kamala seems to possess the powers of Energy manipulation, shape-shifting and we will witness her discovering more of her powers in the series.