Thor: Love and Thunder Confirmed and Rumoured Cast, all details 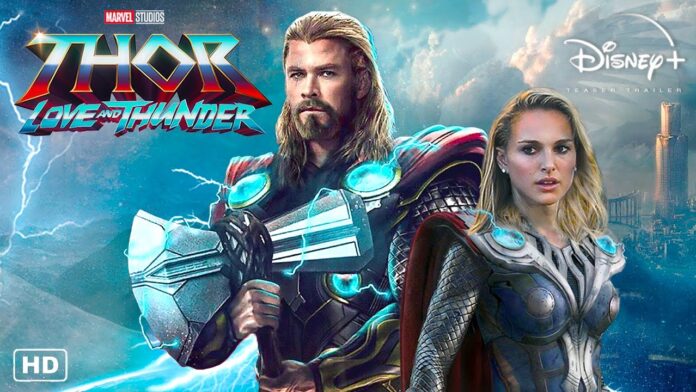 Thor: Love and Thunder will be Marvel’s third movie to be released in 2022. It is the fourth instalment of Marvel’s Thor series and is set to bring about a number of big changes in the character and MCU itself. Jane Foster (played by Natalie Portman) will reportedly have a big role to play in Thor: Love and Thunder as she makes her return to the Marvel Cinematic Universe.

In this article, we shall be talking about the confirmed and rumoured cast of Thor: Love and Thunder.

Chris Hemsworth will continue as MCU’s Thor in the fourth movie of the franchise. This will be Hemsworth’s first appearance in a Marvel movie after Avengers: Endgame.

Many are of the opinion that this will also be his last movie playing Thor as Natalie Portman a.k.a Jane Foster will carry forward the Thor mantle from this hereon.

Nevertheless, being the protagonist, Chris Hemsworth will have a big role to play in the movie.

It has now been confirmed that Academy Award-winning actor Christian Bale will be making his MCU debut as Gorr the God Butcher. We do not have a first look of the character as well but fans are eagerly waiting for the trailer to see what the character has in store for them.

Taika Waititi will voice the CGI made character of Korg. You will remember him as the stone-like friend of Thor from Thor: Ragnarok. He was also spotted playing a video game in Avengers: Endgame.

For the unknown, Taiki Waititi is also the director of the film.

Perhaps the most important character of the movie, Jane Foster will undergo some serious character development in Thor: Love and Thunder.

She was last spotted in Thor: Dark Lord when the Ether accidentally bonded with her and Natalie Portman will return to MCU with this movie.

Jane Foster might become the Mighty Thor in this movie according to rumours. If that happens, she would carry the mantle of Thor’s character in the MCU from hereon. This is highly possible given the fact that Thor himself seemingly has no interest in maintaining the God-like status anymore.

Tessa Thompson played the role of Valkyrie in Thor: Ragnarok and Avengers: Endgame. She would continue in that role in Thor: Love and Thunder as well.

At the end of Avengers: Endgame, Thor willingly gave away the throne of Asgard to Valkyrie and himself went on a journey with the Guardians of the Galaxy. Valkyrie is thus the ruler of New Asgard now.

It will be interesting to see what the director has in store for Tessa Thompson.

Russell Crowe, whom we have previously seen in Gladiator (2000) and Unhinged (2020), will be playing the role of Almighty Zeus in the movie.

According to Marvel comics, he is the supreme monarch of the Olympians (Olympus was a pocket dimension) and is insanely powerful. It is unknown as to what role he will play in Thor: Love and Thunder.

Jaimie Alexander will be playing the role of Norse Goddess Sif. She is also called Sybil in Marvel comics. We have seen her in the previous Thor movies.

In Avengers: Endgame we saw Nebula killing her older meaner self. The version of Nebula in our timeline is the one we are aware of and she can appear in Thor 4 as well.

Dave Bautista was spotted in the sets of Thor: Love and Thunder. He is yet another Guardians of the Galaxy member who can appear in the movie.

Share
Facebook
Twitter
Pinterest
WhatsApp
Previous articleMarvel confirms the Villain of Thor: Love and Thunder and also reveals his Weapon – This famous Hollywood star will play the role
Next articleLeaked images from Secret Invasion’s set give away a big detail about the upcoming Disney+ MCU series