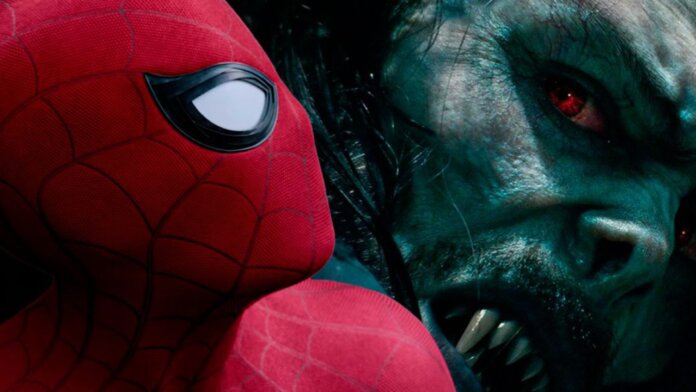 Sony’s upcoming Spider-Man universe movie Morbius is set to release in two weeks’ time on 1st April and the stakes are as high as it gets. Sony Studios’ take Morbius has the potential to become one of the strongest Spider-Man villains we have seen to date on the screen and it is thus important that the movie gets the sort of reaction that Sony wants it to so that we could see more of Morbius in Sony’s Marvel-verse in days to come.

Meanwhile, actor Jared Leto, who plays the role of Morbius in his namesake movie has opened up on his ambitions of teaming up with Spider-Man Tom Holland in a Marvel project. In comic books, Morbius has mostly been shown as a villain but often he is also referred to as an anti-villain. Sony is most likely to go down that anti-hero role similar to what they did in the Venom franchise.

Jared Leto on a possible Crossover between Morbius and Spider-Man

Speaking up on that topic on the red carpet for the Critic’s choice award, Jared Leto told Entertainment tonight, “Well, I tell you that I would love to get in the ring with Spider-Man and I think Tom Holland is amazing. We’d make quite a dynamic duo, I guess.”

He also quickly promoted his upcoming movie by saying that Morbius will present a ‘different take on the Marvel Universe.

Jared Leto’s words might prove to be right after all because the appearance of Adrian Toomes a.k.a Vulture in the movie has opened up gateways to the Tom Holland’s possible future appearance in the Sony Universe.

Morbius will serve as an origin story for Marvel’s namesake anti-hero. Dr Michael Morbius who is a Nobel prize-winning Biochemist suffers from a rare blood disease that is slowly killing him and millions of others on the planet. In an attempt to find a cure for himself with the help of bats, Morbius mistakenly turns himself into a living bloodthirsty vampire who needs to drink human blood to survive. However, he goes through phases which means that he does not always remain in his vampire form.