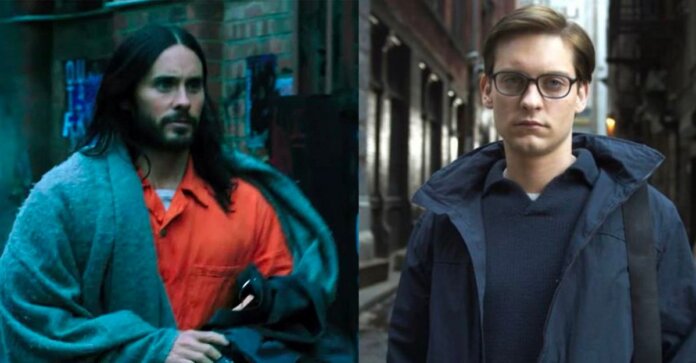 Sony Studios’ latest Marvel movie Morbius is set to release in less than 3 days’ time on 1st April and fans are very excited for the origin story of the infamous Spider-Man Anti-hero. Although the early reviews of the movie are not that great and critics have called it as much as Boring, Unnecessary and lacklustre, there was a hidden detail in the movie which is now coming out and it might have huge implications on Sony’s Spider-Man verse going forward.

Many critics have accused the makers of Morbius of adding several bait scenes in their trailers which have not even made the final cut of the movie. The famous scene from the trailer where Michael Morbius walks past a Spider-Man graffiti, for example, is reportedly not even present in the movie and was only added to pull more audience to the theatres. While it is true, Morbius has also given away some major hidden details that only true Marvel fans could notice and if those be true, Morbius might have just teased a big possibility for Sony’s upcoming Spider-verse movies.

Let us now talk about the leaked image that is being referred to here. A leaked image from the movie shows a Daily Bugle news piece. Marvel fans will know that the Daily Bugle is the News Company that Peter Parker used to work for and we have seen references to it in several past Marvel movies and we most recently saw it in a modernised version in Spider-Man: No Way Home.

The Daily Bugle news piece from the leaked Morbius image shows has the name ‘Peter Parker’ written over it below a specific photograph in a very small font. Now given the fact that Tobey Maguire’s Spider-Man is the only Peter Parker whom we have seen working in the Daily Bugle, this easter egg suggests that Tobey Maguire’s Spider-Man is present in the same Universe as the Living Vampire.

Also Read:- Marvel is facing creative Problems in the Post-production of She-Hulk